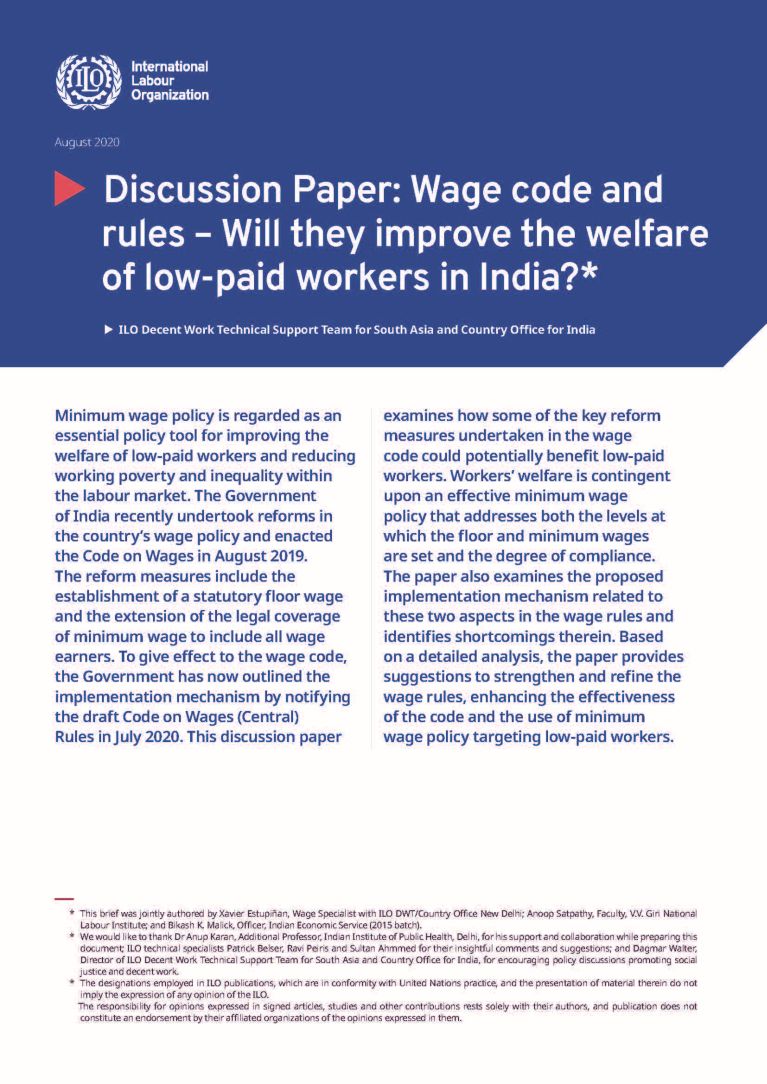 Download:
Minimum wage policy is regarded as an essential policy tool for improving the welfare of low-paid workers and reducing working poverty and inequality within the labour market. The Government of India recently undertook reforms in the country’s wage policy and enacted the Code on Wages in August 2019.

The reform measures include the establishment of a statutory floor wage and the extension of the legal coverage of minimum wage to include all wage earners. To give effect to the wage code, the Government has now outlined the implementation mechanism by notifying the draft Code on Wages (Central) Rules in July 2020. This discussion paper examines how some of the key reform measures undertaken in the wage code could potentially benefit low-paid workers. Workers’ welfare is contingent upon an effective minimum wage policy that addresses both the levels at which the floor and minimum wages are set and the degree of compliance.

The paper also examines the proposed implementation mechanism related to these two aspects in the wage rules and identifies shortcomings therein. Based on a detailed analysis, the paper provides suggestions to strengthen and refine the wage rules, enhancing the effectiveness of the code and the use of minimum wage policy targeting low-paid workers.