In March 2020, the WHO declared COVID-19 as a global pandemic. While the pandemic started as a public health crisis, it has quickly turned into a socio-economic crisis. In fact, more than 29 million workers were affected by the pandemic in Indonesia only five months after the declaration. Some of the past socio-economic gains are also compromised (e.g. poverty, gender equality). Deteriorating labour market conditions have exacerbated existing inequalities with disproportionate burden felt primarily by vulnerable groups (e.g. women, youth, refugees and people living with HIV).

The United Nations COVID-19 Response and Recovery Fund is a UN inter-agency fund mechanism established by the UN Secretary-General to help support low- and middle-income countries overcome the health and development crisis caused by the COVID-19 pandemic and support those most vulnerable to economic hardship and social disruption. It provides protection to the poor and the vulnerable and offers innovative solutions that chart a more sustainable, more inclusive future for all.

Indonesia has received a new funding allocation in the amount of USD 1.7 million from the Fund, with which four UN agencies, ILO, UNDP, UNAIDS and UNHCR, will implement a new project “Employment and Livelihood: An inclusive approach to economic empowerment of women & vulnerable populations in Indonesia” in 2021.

Even prior to the pandemic, the target groups were disadvantaged in the society and in the labour market. They tend to be left behind during the socio-economic crisis and a recovery process. It is therefore vital to take catalytic actions to benefit and empower these target groups directly, and to address existing inequalities and discriminations in the labour market and society as a whole.

The project offers support to the target beneficiaries through three major channels: supporting entrepreneurship training and business development; facilitating access to skills development and jobs; and assuring a gender-equal and inclusive labour market that is free from discrimination.

The project intends to support the vulnerable groups of people who are affected by the pandemic, including women, youth, refugees, migrant workers, people living with HIV, key populations most vulnerable to HIV and people living in disadvantaged regions. It intends to achieve the following: 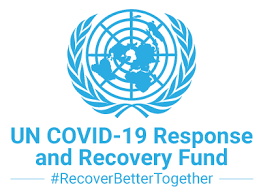 How the pandemic affected vulnerable groups?
Skip to top