Through the LSGSC project, the ILO’s Pakistan Country Office (CO-Islamabad) deepened engagement with its tripartite constituents, the Government, Pakistan Workers’ Federation (PWF) and the Employers’ Federation of Pakistan (EFP) and other key stakeholders to improve labour market governance and working conditions in textiles and garment supply chains in Pakistan.

In 2010, the 18th Amendment to the Constitution of Pakistan devolved implementation of labour regulations to the provincial level, placing significant responsibilities on Pakistan’s provincial governments. In this context, the LSGSC project in Pakistan maintained a particular geographic emphasis on Sindh province, which is an important centre of garment production in the country.
Project objectives

In Pakistan, the primary objectives of the LSGSC project during its third and final phase were to strengthen:

The key partners for the LSGSC project in Pakistan were the Federal Ministry of Overseas Pakistanis and Human Resources Development (MoOPHRD), Pakistan’s provincial departments of labour, the Employers’ Federation of Pakistan (EFP), the Pakistan Workers’ Federation (PWF), and sectoral industry associations. The immediate beneficiaries for the LSGSC project in Pakistan were Employers’ and Workers’ organizations, garment manufacturing enterprises, and federal and provincial government authorities. The project’s ultimate beneficiaries in Pakistan were women and men workers in the garment sector.

In pursuit of its objectives in Pakistan, amongst others, LSGSC:

o   The Garment Sector Stakeholders’ Forum (GSSF) strengthens linkages between key stakeholders in the garment sector, and provides opportunities for information and best practice sharing, as well as for stakeholder consultation.

o   The Pakistan Buyers’ Forum (PBF) is convened jointly by the ILO, the International Finance Corporation (IFC), the Dutch Embassy in Pakistan and the IDH – The Sustainable Trade Initiative. LSGSC acted as secretariat to the Forum. The PBF offers a platform of dialogue, knowledge-sharing and cooperation to sector stakeholders, such as brands and retailers, government authorities, industry associations, and technical agencies. Through discussion on buyer codes of conduct, national law, and International Labour Standards, as well as good governance and international best practices and their implementation in Pakistan, the PBF contributes to achieving sustainable growth of the sector, improving competitiveness and compliance with international standards. 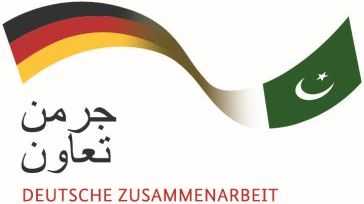