ISLAMABAD (ILO News): In a bid to raise awareness on the negative effects of forced labour as well as concerted efforts required to eliminate the scourge, the ILO under its #50forFreedom campaign in collaboration with Human Resources without Borders (RHSF) and Cartooning for Peace, launched a cartoon drawing competition under the theme: What if your pencil was a tool against forced labour.

The competition, launched on 10th March 2021 aimed to raise awareness on forced labour through striking images and visual messages that need little or no words.

More than 200 cartoonists from 65 countries took on the challenge of representing the invisible and complex realities of forced labour, submitting over 460 cartoons. Using diverse graphic styles and techniques, cartoonists delivered powerful messages that challenge us and encourage reflection. The stirring images depicted by global cartoonists are also a reminder for the public, policy makers and legislators to take action and curb the incidence of forced labour in all its forms.

The cartoons were judged by a prestigious jury made up of experts from the Alliance 8.7, activists and former victims of exploitation, as well as representatives of the International Trade Union Confederation, the International Organisation of Employers, the ILO Global Business Network on Forced Labour, the US Department of Labor, the ILO and RHSF. Special awards were also attributed by Cartooning for Peace and the public.

Ms Hira Kazmi, a cartoonist from Pakistan participated in the global competition and highlighted the injustice of forced labour through her cartoon. Under the Honourable Mention, the competition's jury distinguished submissions, including Ms Kazmi's cartoon, for their compelling portraits of the complex and invisible issue that is forced labour.

ABOUT THE ILO-RHSF CARTOON COMPETITION ON FORCED LABOUR

There are still 25 million men, women and children in forced labour today. As a consequence of the COVID19 pandemic, vulnerable workers and populations are at a greater risk of being trapped in forced labour. We all have a role to play to prevent forced labour and put an end to it.

In 2021, the International Labour Organization (ILO) and Human Resources Without Borders (RHSF), in partnership with Cartooning for Peace, co-organised a cartoon competition to raise awareness, inspire action and emphasize the urgent need to eradicate this severe violation of human rights.

Cartoons are powerful tools: they can make complex messages understandable without using words and encourage people to reflect on sensitive topics. They can make us REFUSE, UNDERSTAND and TAKE ACTION against forced labour.

More details can be found at https://50forfreedom.org/cartoon/ 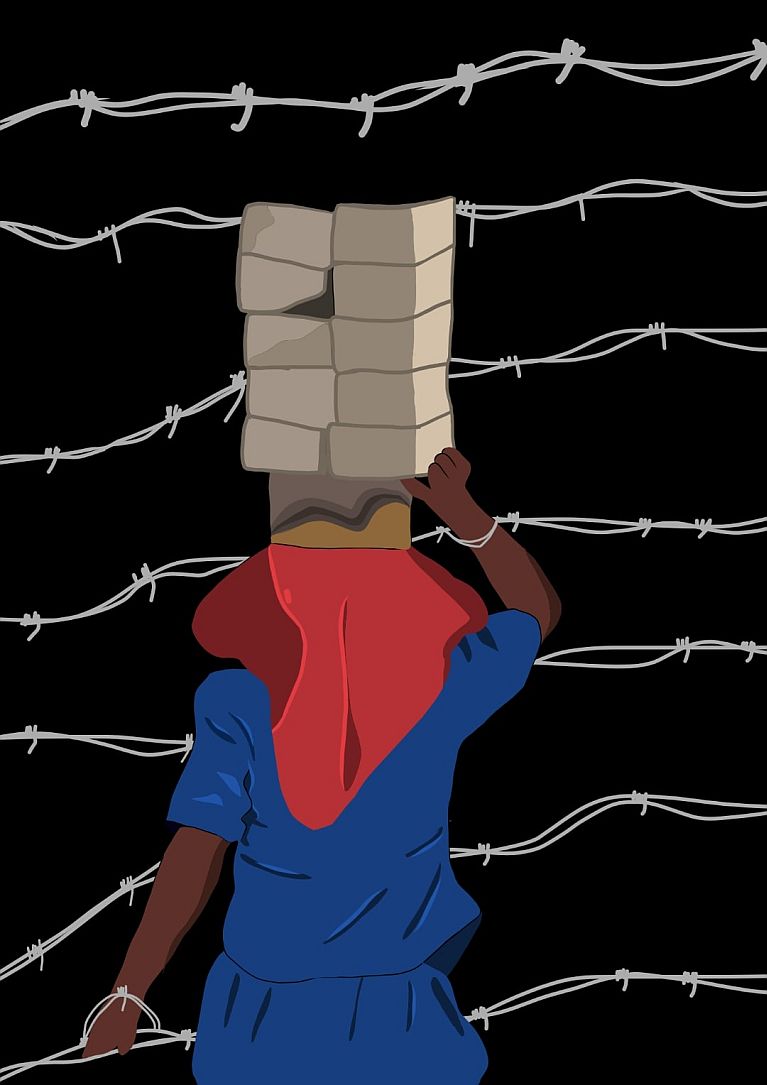