ILO Country Office for Pakistan, through its European Union (EU) funded project ‘Sustaining Strengthened National Capacities to Improve International Labour Standards (ILS) Compliance and Reporting in Relevant EU Trading Partners’ arranged a two days capacity building event on the normative framework and practice of the right to freedom of association and collective bargaining. The event was arranged at National Institute for Labour Administration and Training (NILAT) Karachi, on 5 and 6 November 2019.

Purpose of the event was to expose the members of the Provincial Tripartite Consultative Committee (PTCC) of Baluchistan and also the employers and workers from the industrial estate of Hub to the principles enshrined in Freedom of Association and Protection of the Right to Organize Convention, 1948 (No. 87) and Right to Organize and Collective Bargaining Convention, 1949 (No. 98) and the corresponding global best practices for identifying the relevant opportunities and challenges in Baluchistan.

On day 1 of the capacity building event the members of the PTCC looked at the Freedom of Association and Collective Bargaining (FACB) principles and global best practices in comparison to the FACB situation in Baluchistan, where 62 public sector trade unions were cancelled at the behest of a judgement of the honourable Baluchistan High Court. Emphasis during the day was also on consultations around the FACB in the context of the Baluchistan Industrial Relations Act, which is being amended by the Baluchistan Government with the technical assistance of ILO.

On day 2, the group of participants was widened to include both the PTCC and around 30 worker and employer delegates and the labour department officials from the Hub industrial district. The discussions focused more narrowly on capacity building with respect to FACB rights, but nevertheless involved a great deal of comments by and discussions among the participants. They showed lots of interest in the topic and actively participated in the discussions by bringing to the table practical issues at the establishment level and also the ground realties of FACB in the industrial hub of Baluchistan, which is not too far from the industrial giant city of Karachi.

The sessions pertained to Priority 3 as set out by the Government, Employers and Workers in the Decent Work Country Programme (DWCP) 2016-2020 and Outcome 2 of the Pakistan One United Nations Programme III (OP III) 2018-2022. FACB is a fundamental labour right and is thus an important pillar of Decent Work and an integral part of Sustainable Development Goals, particularly Goal 8: “Promote sustained, inclusive and sustainable economic growth, full and productive employment and decent work for all” and more specifically referred to its Target 8.5 on Decent Work for All and target 8.8 on the Workers’ Rights.

Dr. Conor Cradden, ILO’s consultant, facilitated the sessions, assisted by Mr Abid Niaz Khan, National Project Coordinator (NPC) of the DG-Trade project. The consultant and NPC earlier conducted a mission to Baluchistan where they met on 4 November, 2019 with the officials of the Baluchistan Government including the Secretaries of Labour and the Law departments, Additional Secretary of the Services and General Administration department and the director general of the Labour welfare Department. The main topics of conversation were the court ruling and the related opportunities and challenges for FACB in Baluchistan. These meetings helped gather the information for bettering the design of the capacity building sessions on FACB, in Karachi.

Ms Ingrid Christensen, Director, ILO Country Office for Pakistan in her concluding remarks found the social dialogue at the policy and legislative level, quite healthy. She appreciated the active participation of the PTCC members , employers, workers and staff of Baluchistan labour department in the discussions and hoped that the improved understanding of FACB principles will help the stakeholders better cope with the related challenges in Baluchistan. She also thanked the management of the NILAT for providing the space for the event and participating in the important discussions which would help the faculty of NILAT to know more about the theory and practice of FACB. 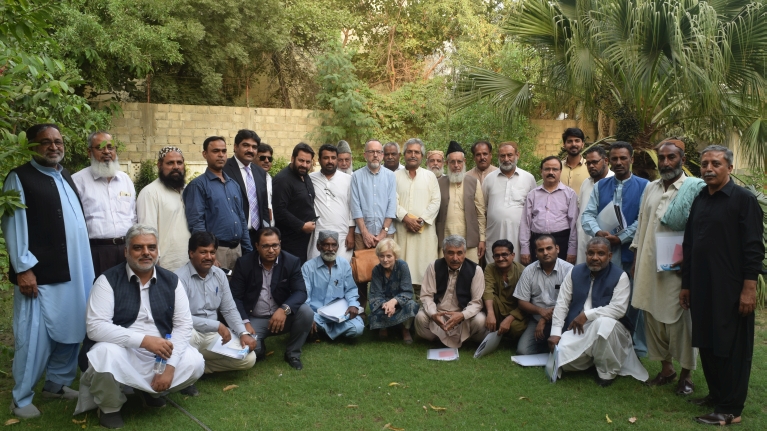