The International Partnership for Cooperation on Child Labour in Agriculture (IPCCLA)* is deeply concerned that, according to the newly-published ILO estimates on child labour for the 2012-2016 period, child labour is overwhelmingly concentrated in agriculture and that the numbers are increasing. 107.5 million of the 152 million children in child labour – some 71 per cent – are working in agriculture (including fishing, forestry, animal husbandry and aquaculture). Much of this work is hazardous.

The Partnership takes note that, for the first time and despite considerable efforts by governments, trade unions and employers’ organisations and other partners, the Africa region accounts for both the largest number (72 million) and the greatest proportion of (47 per cent) of all children in child labour across the world. Today one in five children who lives in Africa is engaged in child labour.

If we are to have any hope of achieving SDG target 8.7 and eradicating all forms of child labour by 2025, the world needs to pay greater attention to child labour in agriculture, in particular in Africa, and to dedicate greater resources to solving the problem. The Partnership stands ready to play a leading role. Our Africa regional meeting of rural workers' trade unions and small producers' organisations in Ghana next week is our first response to this increased challenge.

This common cause, which unites the members of the IPCCLA, should unite also the wider international community; governments, employers', workers’, and small-producers' organisations and their regional and sub-regional bodies; enterprises that produce in and source from countries in which child labour is a concern; and all those committed to the struggle to end child labour in all its forms.

We call on all those attending the IV Global Conference on the Sustained Eradication of Child Labour, in Buenos Aires in November 2017, to rise to the challenge. 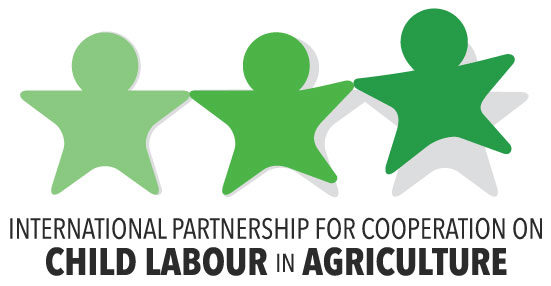