The work of IPEC responds to specific country programme outcomes that have been formulated to respond to the needs of the ILO’s tripartite Constituents at national level. The following table indicates the country programme outcome 16 for this country as it relates to the overall child labour outcome described at ILO’s Programme and Budget 2010-2011, Outcome 16.

The status of ratification of these two Conventions is as follows:

Committee of Experts on the Application of Conventions and Recommendations regarding Conventions No. 138 and No. 182

Observations contain comments on fundamental questions raised by the application of a particular convention by a state. These observations are published in the Committee's annual report.

See below the individual observations and/or direct requests for Conventions No. 138 and Convention No. 182.

United Nations Convention on the Rights of the Child

The UN Convention on the Rights of the Child (CRC), adopted in 1989, contains a range of international rights for children. Article 32 of the Convention addresses child labour.

In addition to the CRC, the United Nations General Assembly adopted two optional protocols in 2000. One concerning the involvement of children in armed conflict, referred to as article 11.b, and the second on the sale of children, child prostitution and child pornography, article 11.c.

Committee on the Rights of the Child: Concluding observations on the CRC

The Committee’s concluding observations for the CRC and the Optional Protocols for this country, if ratified, can be accessed from the United Nation’s Treaty Body Database.

For information on relevant national legislation of this country, please visit the ILO Natlex database. 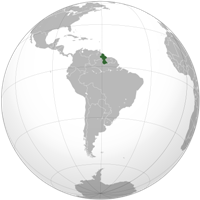