The ILO Declaration on Social Justice for a Fair Globalization was adopted by the International Labour Conference at its 97th Session in 2008. In setting out follow-up actions, it directed the Office to introduce a scheme of recurrent item discussions at the International Labour Conferences, taking up, in turn, each of the four strategic objectives, in order to “understand better the diverse realities and needs of its Members with respect to each of the strategic objectives, respond more effectively to them, using all the means of action at its disposal, including standards-related action, technical cooperation, and the technical and research capacity of the Office, and adjust its priorities and programmes of action accordingly”. At its 304th Session (March 2009), the Governing Body decided that the second recurrent discussion at the 100th Session of the Conference in 2011 would be dedicated to the strategic objective of social protection, and should specifically focus on social security. The Office report (Report VI) provides background information for that discussion.

Reports to the Conference 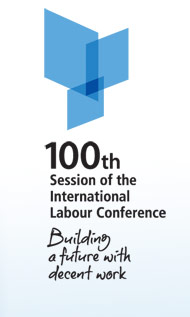