HANOI (ILO News) – Viet Nam’s future of work is a choice and the country is showing what that choice will be, by upskilling its workforce, extending coverage of social protection and modernizing its industrial relations institutions.

These messages have been confirmed at the 2019 Viet Nam Labour Forum in Hanoi on 27 November.

The forum, expected to be the debut of regular bi-annual events, is co-organized by the International Labour Organization (ILO) and the Ministry of Labour, Invalids and Social Affairs (MOLISA) as part of the ILO Centenary year.

“How to build a better future of work in this transformative era, by grasping the opportunities it offers and preparing to face the rising challenges, is a critical question of our time,” he said.

In that context, the ILO’s historic Centenary Declaration adopted in June 2019 called for human-centred future of work and emphasized that future is not something to be imposed on us, but a choice to be made by Governments, workers and employers.

Viet Nam has been a success story with sustained high growth over the past decade despite turbulent global environment, as a result of the country’s strategic choice for economic development through deeper global integration, combined with domestic reforms.

“To realize its ambition of becoming an upper middle income country by 2030, Viet Nam needs to make social upgrading in tandem with economic upgrading,” said the head of ILO Viet Nam. “Fortunately the country is taking bold and right steps by upskilling its workforce, by extending coverage of social protection, and by modernizing its industrial relations institutions.”

According to MOLISA Vice Minister Lê Văn Thanh, the adoption of the revised Labour Code is a milestone of Viet Nam in modernizing its labour laws in line with a socialist-oriented market economy and international integration. The newly-adopted Labour Code is better aligned with the ILO’s fundamental conventions, including the remaining two conventions (on freedom of association and forced labour) Viet Nam plans to ratify in the coming years.

The recent High Level Conference on Skilling up Viet Nam illustrated the commitment to skills development at the highest levels of Government, and set a new policy direction for a better future of work through higher productivity based on nationwide upskilling and on better coordination between demand and supply for skills.

The ambitious master plan for social insurance and assistance reform based on the Party Resolution No 28-NQ/TW in 2018 has paved the ways for universal social protection coverage.

“I believe ensuring decent work for all, through progresses on upskilling, universal social protection and effective industrial relations should be an integral part of the next Social Economic Development Strategy and Plan which Viet Nam is finalizing, because it will be a main social policy driver for economic upgrading,” said the head of ILO Viet Nam. “I believe Viet Nam is on the right track for sustainable and inclusive growth on its way to high middle income country.”

The publication ‘Decent Work and the Sustainable Development Goals in Viet Nam’ pointed out that the average annual employment growth in Viet Nam over the last decade is concentrated on medium and high-skilled jobs.

According to the current distribution of employment by skill level in Viet Nam, more than one-half (53 per cent) of jobs in the country are medium-skilled, and 12 per cent are high skilled. The rest (36 per cent) are low-skilled.

“It is interesting to compare these shares with upper middle-income countries, as joining this group is Viet Nam’s objective by 2030,” said ILO Viet Nam Labour Economist, Valentina Barcucci, co-author of the report.

According to this report, Viet Nam has a remarkably active population, with labour force participation rates of over 70 per cent for women, against the global average of 48 per cent, and 81 per cent for men.

Employment in manufacturing has been growing remarkably in Viet Nam, and since 2014 at a faster pace than in South-Eastern Asia and the Pacific as a whole.

“Viet Nam does not need more jobs, but better jobs,” said Barcucci. “Unemployment and joblessness are very low. Rather, the quality of jobs is a challenge.”

Vulnerable employment has been on a diminishing trend thanks to industrialization and the expansion of manufacturing employment, but still in 2018, as much as 54 per cent of workers were in vulnerable employment. This type of employment most often comes without any protection, and often with very low income. Improving quality of jobs in this share of the labour market needs to be a priority of Viet Nam’s government, if the country is to achieve its goals of socioeconomic modernization.
The publication ‘Decent Work and the Sustainable Development Goals in Viet Nam’ analyses the country’s labour market through a wide range of indicators and using data from the labour force survey. The Vietnamese version of the publication will be available in December 2019. 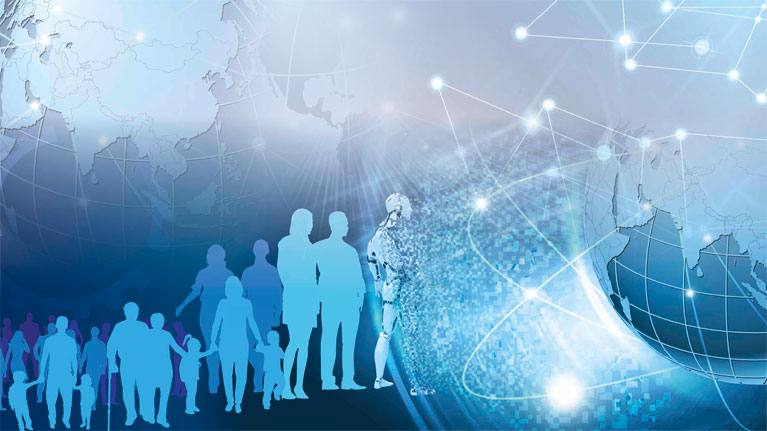 2019 Viet Nam Labour Forum on the future of work