HANOI (ILO News) – The International Labour Organization (ILO) has praised Viet Nam’s latest move to bring its legal framework closer to international standards by the adoption of its revised Labour Code on 20 November 2019.

“This is significant progress as it will substantially improve Viet Nam’s employment and industrial relations and create a solid foundation for fair international integration and trade,” said ILO Viet Nam Director, Chang-Hee Lee.

The fifth edition of the Labour Code (following its 1994, 2002, 2006 and 2012 versions) creates an improved legal framework for employment relations, working conditions, and the representation of employers and workers. It also places greater emphasis on the use of voluntary collective negotiations, which are required for a modern socialist-oriented market economy in the process of deeper global integration.

The most important change in the revised Labour Code is the ability of workers in enterprises to exercise their right to form or join a representative organization of their own choosing, which does not have to be affiliated to the Viet Nam General Confederation of Labour.

“Freedom of association is a fundamental right under the ILO’s 1998 Declaration on Fundamental Principles and Rights at Work. It helps improve the collective bargaining process that enables workers to get a fairer share of the profits and enterprises to negotiate the productivity improvements necessary for them,” said the head of ILO Viet Nam.

Freedom of association helps improve the collective bargaining process that enables workers to get a fairer share of the profits and enterprises to negotiate the productivity improvements necessary for them,."


Another big improvement is the expansion of the scope of the Labour Code to protect workers who are employed but have not been provided with written employment contracts.

“As a result of extensive consultation, the rights and duties of employers and workers are now clearer, while new rights and institutional processes have been created” Lee added.

The progress can be seen in new definitions for discrimination and harassment and new freedoms given to workers to leave their job upon condition of giving appropriate notice. The law also provides clearer guidance relating to forced labour and minor workers, which make it easier for employers to understand what is and is not permitted and should enhance the ability of labour inspectors to advise and enforce in these areas.

Together with freedom of association, eliminating discrimination, child labour, forced labour are the four principles set out in the eight ILO fundamental Conventions enshrined in the 1998 Declaration. Viet Nam has ratified six of these Conventions with the remaining two – Convention 105 on forced labour and Convention 87 on freedom association – due to be ratified in 2020 and 2023.

Respecting ILO fundamental Conventions is a central requirement of the new generation of free trade agreements, including the CPTPP (Comprehensive and Progressive Agreement for Trans-Pacific Partnership) and the EVFTA (EU-Viet Nam free trade agreement) as well as pivotal to corporate social responsibility policies of many multi-national corporations.


“The revised Labour Code, which paves the way for the move towards full realization of the 1998 ILO Declaration, is so important,” said Lee, “because it provides a better legal framework for employment and industrial relations, and for equitable and sustainable growth, as Viet Nam makes concerted efforts to become an upper middle income country. It will greatly contribute to the progressive realization of decent work for all working women and men.”

The ILO has been providing technical support to the Ministry of Labour, Invalids and Social Affairs, workers and employers’ organizations, and the National Assembly throughout the revision process of the Labour Code since 2016. This assistance aimed to help Viet Nam conduct the fullest consultation on the draft text, ensure access to evidence and research, and, bridge the gaps between the national legal framework and ILO fundamental Conventions.

“The final adopted text, without questions, represents significant steps towards alignment to all the four internationally-recognized fundamental principles. However gaps and room for improvement remain, as is the case in many countries,” said the head of ILO Viet Nam.

There are gaps in fully realizing principles of non-discrimination and gender equality at work, while the right to freedom of association, limited in this Labour Code to workers in enterprises, will have to be expanded upon in coming years, in tandem with Government efforts for ratification of Convention 87 in 2023.

However, the immediate focus must now be on further elaborating the new provisions through the preparation of implementing decrees and the practical institutional preparation for their application and implementation.


Throughout the revision process, the Government, workers’ and employers’ organizations in Viet Nam have demonstrated their commitment to the reform, which was also shown by the ratification of Convention 98 on collective bargaining in June 2019 and by adoption of a concrete plan for the remaining two fundamental conventions.

“So far, they have turned their commitment into action,” said the head of ILO Viet Nam, who re-affirmed that the ILO will continue to work with the Government, workers, employers and other key stakeholders “until the day ILO’s Fundamental Principles and Rights at Work are translated into practice”.

“I am convinced that Viet Nam will successfully complete this mission for its own future – a future built on higher productivity, better working conditions, the fair sharing of economic gains, equality, the recognition of the voices of workers and employers, and political and social stability.”


* Funding for the New Industrial Relations Framework project is provided by the United States Department of Labor under cooperative agreement number IL- 29690-16-75-K-11. This material does not necessarily reflect the views or policies of the United States Department of Labor, nor does mention of trade names, commercial products, or organizations imply endorsement by the United States Government. One hundred percentage of the total costs of the project or program is financed with Federal funds, for a total of 4 million dollars. 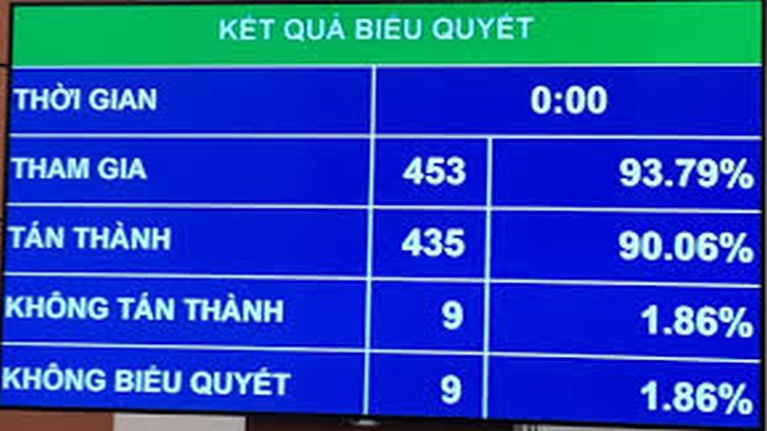