Among the awarded proposals, two focus on collective bargaining and its impacts to wages and working conditions, and another looks into trade union rights in the new context of emerging restructure of trade union and Labour Code reform. The remainders analyse the gender aspect of workplace discrimination, which is the most common topic in this research contest.

The winners will receive a certificate with grant and the opportunities to join multiple capacity building activities by the ILO and Ministry of Labour, Invalids and Social Affairs (MOLISA) – the contest’s organizers. The awarded proposals are expected to be completed by end of 2018. Best research reports will be acknowledged at a national labour research conference held by ILO and MOLISA in 2019.

Kicked off in April 2018, the contest received a total of 24 proposals from across the country.

“We are happy that the contest received interest and support from competent Vietnamese researchers both inside and outside the country. This is a positive evidence that the labour research community is ready to become an important part of national policy-making process by presenting their empirical research results,” said ILO Viet Nam Director Chang-Hee Lee, hoping that these prizes will encourage the winners and other scholars to deepen their interests in all areas of labour.

Congratulating the winning proposals, Director of MOLISA’s Institute for Labour Science and Social Affairs, Dao Quang Vinh, said the award will applaud ongoing efforts of the labour research community in digging deeper on theories and practices of labour in general and industrial relations in particular.

“It is our hope that labour researches will contribute fervently to the evidence-based policy making process of the country”, said the chair of the Board of Jurors.

Launched in 2016 with ILO’s support, Viet Nam’s labour research community now includes about 70 individual and institute participants from the country and abroad. 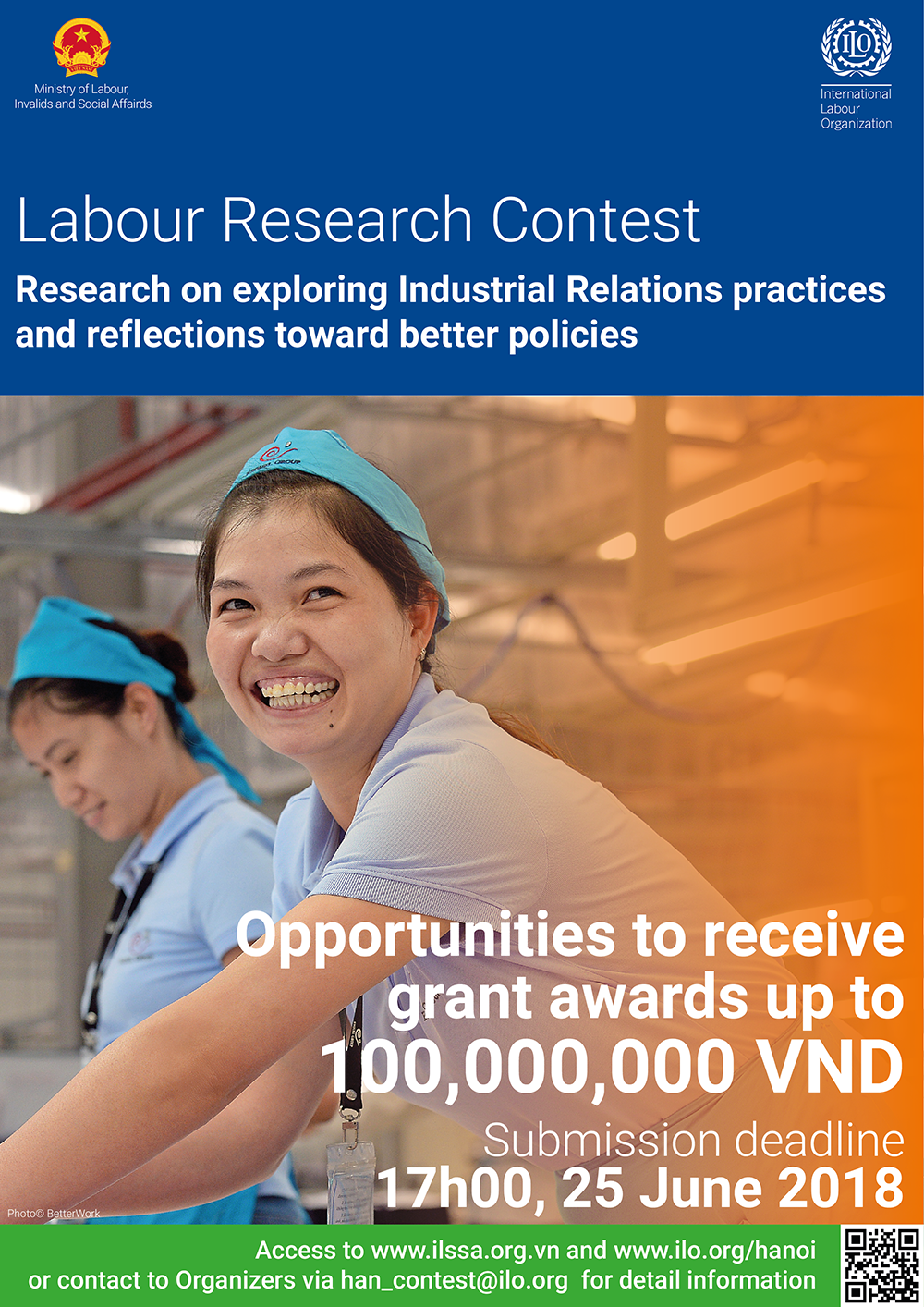