HANOI (ILO News) – The Decent Work Country Programme (DWCP) – a co-operation framework between the ILO and Viet Nam – for the 2017-21 period will focus on employment promotion, social protection and labour market governance.

This results-based planning document is currently at its final stage of the formulation process, which is expected to wrap up at the end of this year. The DWCP will have three priorities with “promoting decent employment and an enabling environment for sustainable entrepreneurship opportunities” coming first.

The second priority focuses on “extending social protection for all and reducing unacceptable forms of work”.

During the formulation process of the DWCP, consultations were held with ILO’s tripartite partners in Viet Nam, including the Government, trade unions, and employers’ organizations, as well as UN agencies and donors.

“I hope that through the formulation of the new DWCP, we can address not only the question of what to do, but also how to do,” said ILO Viet Nam Director Chang-Hee Lee. “I believe that we should design our programme of collaboration in a way to facilitate the co-ordinated implementation of national policies between partners at central and decentralized levels, while contributing to institutional capacity building of participating partners.”

The DWCP is aligned with the national Socio-Economic Development Plan for the 2016-20 period whereas the Sustainable Development Goals have been taken into account and integrated into the ILO work.

The DWCP also covers the period coinciding with the UN’s One Strategic Plan for Viet Nam 2017-21.

This is the third DWCP for the country. The previous DWCP covers the period of 2012-16.

Viet Nam has been a member of the ILO since 1992 and the ILO Country Office was established in 2003. 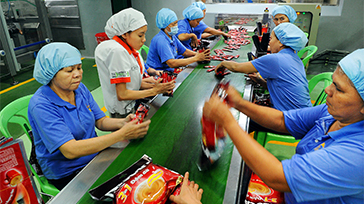