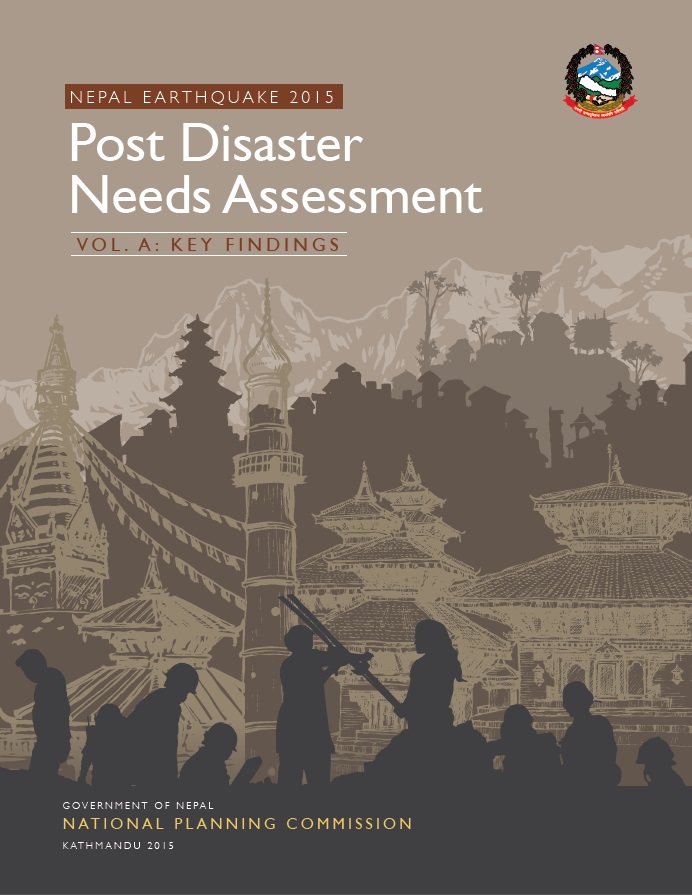 Download:
On 25 April and 16 May 2015, Nepal was struck by two major earthquakes, measuring 7.6 and 6.8 magnitude respectively. Severe and widespread damage was recorded in 31 of the country’s 75 districts, out of which 14 were declared as “crisis-hit.” Approximately 500,000 houses were destroyed and approximately 250,000 partially damaged.

It is estimated that eight million people, almost one-third of the population of Nepal, have been affected by the earthquakes. Over 8,790 people died, 22,000 were injured and an estimated 95,100 are/were displaced from their homes for a prolonged period of time.

In the aftermath of the Earthquakes a team of international experts were deployed to Kathmandu to support the Government of Nepal in conducting a PDNA. A PDNA secretariat was established consisting of officials from the ADB, EU, ILO, JICA, UNDP, UNWOMEN and the World Bank to coordinate and oversee the assessment process which involved more than 120 national and international staff from government and international agencies.

Based upon the E&L assessment it is estimated that the Earthquakes have affected the livelihoods of about 2.3 million households and 5.6 million workers across 31 districts. A total of 94 million work days and of NPR 17 billion of personal income have been lost in FY 2015-2016.