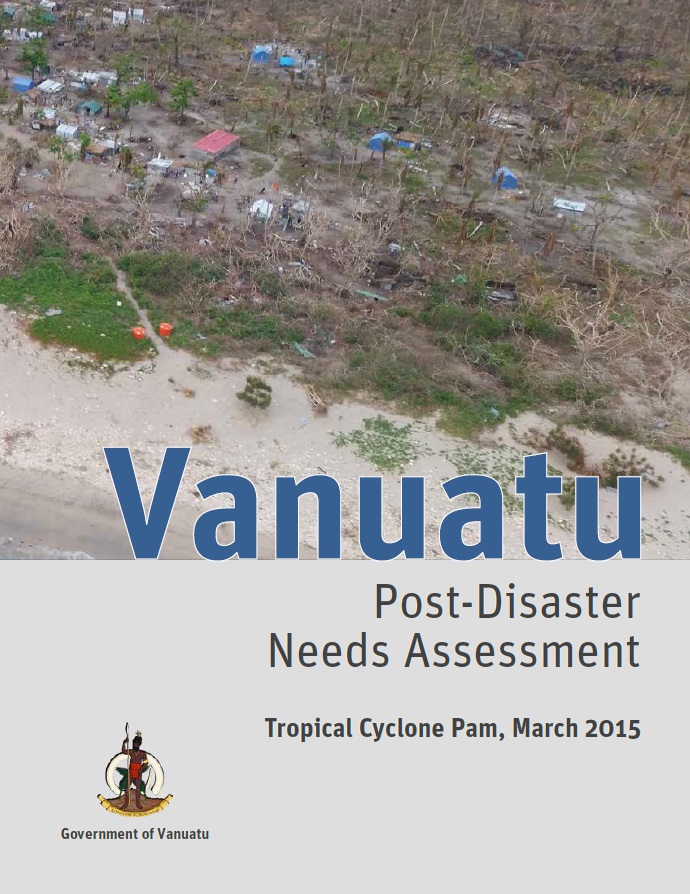 Download:
On March 13, 2015, Tropical Cyclone Pam struck Vanuatu as an extremely destructive Category 5 Cyclone. Severe and widespread damage was primarily suffered on the larger islands of Tanna, Erromango, and Efate, while there was less damage on the smaller islands of Anatom, Aniwa, and Futuna in the southern region. Eleven fatalities were reported in Tafea and Shefa provinces. An estimated 65,000 people were displaced from their homes. Approximately 15,000 buildings were damaged or destroyed, including houses, schools, clinics and medical facilities.

In the aftermath of Cyclone Pam a team of international experts from UN, WB and EU were deployed to Port Vila to support the Ni-Vanuatu government in conducting a PDNA to assess the cyclone’s impact and to identify actions and resource needs for the recovery. The ILO deployed a Senior Consultant, a Senior Programme Assistant from CO Suva and a PDNA specialist from HQ Geneva to support the assessment process.

Based upon the ILO’s Employment, Livelihoods and Social Protection (ELSP) assessment it is estimated that Cyclone Pam has affected directly and indirectly the livelihoods of about 40,800 households or 195,000 people that live across the four disaster-affected provinces. A total of 504,050 work days and of VT 1.6 billion of personal income have been lost. 50% of all agricultural households located in disaster-affected provinces have lost the entirety or parts of their crops.