The meeting marking the conclusion of a project dedicated to the study of cooperative platforms in the Brussels region took place in Brussels on October 17, 2019. The objective of the project “Platform Coop Brussels” was to stimulate the emergence of a cooperative alternative within the collaborative economy in Brussels. From its onset, the project built bridges between initiatives from Berlin, Barcelona, and Brussels.

Three panels addressed specific challenges faced by cooperative platforms including: economical models and financing, labour and governance, and local and sustainable development. Experts and participants from different backgrounds joined the discussions including founders of platform cooperatives, researchers, and representatives of local and international organizations.
The speakers noted that cooperatives in the platform economy need to be about economies of goals and objectives and not about economies of scale. They need to respond to the real needs of the workers and the local economies. At the same time these alternatives cannot survive if they remain fragmented and in isolation. They need to be connected to an ecosystem of wider social and solidarity economy institutions as in the case of Catalonia in Spain and Emilia Romagnia in Italy.

The ILO COOP Unit Manager, Simel Esim spoke at the meeting emphasizing the need for technological innovation and workers’ rights to go hand-in-hand in the platform economy. She noted the role of regulation, co-created in consultation with social partners, to ensure decent working conditions for platform workers. She also mentioned how consumer behavior can make a difference by opting for ethical alternatives including cooperatives owned and controlled by digiworkers. She suggested that for cooperatives in the platform economy to succeed there is a need for supporting institutions such as local governments, trade unions and business service providers to accompany them. She mentioned tools from ILO on orienting workers on the cooperative model (Think.Coop, Start.Coop and Manage.Coop) could be used by these support institutions.

After the meeting, a workshop was organized at La Vallée, to identify actions that should be taken on a European level to support cooperative platforms. Members of European platform cooperatives came together to discuss the need for a European level community of practice and ways to go about creating it. They noted that policy advocacy at the local, national, and regional levels is a critical step as the regulations often lag behind in protecting the workers and supporting their alternative businesses in the platform economy. 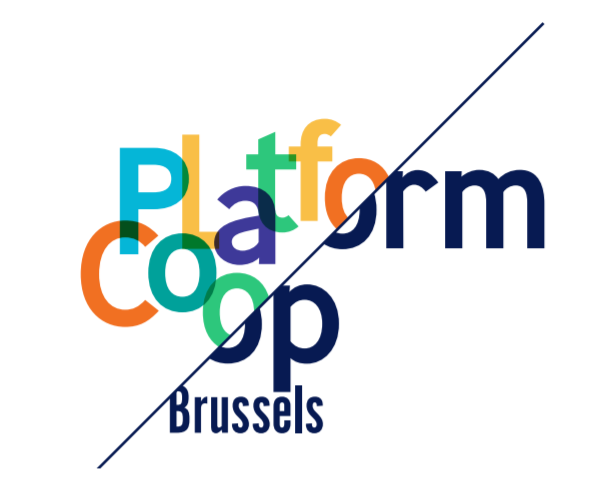