Armed with a bachelor’s degree in management, Gikwere Christopher Kalimba left the Democratic Republic of Congo with his family, running away from war. He arrived in Uganda 14 years ago and started wondering about his working options.

Kalimba has been trained by the ILO to train Moral Brotherhood and Neighborhood (MOBAN) members in business management as a way to ensure that the loans accessed are used to run business better. As businesses start and grow, they create economic opportunities for refugees and host communities.


Fortunately, the Refugee Act of 2006 guarantees refugees fundamental rights that include the right to employment and to establish businesses. Thanks to this law provision, Kalimba was able to use build on his university degree to work as a manager of MOBAN, a Savings and Credit Cooperative Society (SACCO) based in Nakivale Refugee Settlement in the Isingiro District, in the Western Region of Uganda.

MOBAN SACCO was created in 2013, with the support of UNHCR, in order to address the financial needs of refugees and host communities. The SACCO has grown from 300 members to 3,007 in seven years, of whom 40 percent are Ugandans and 60 percent refugees. In Kalimaba’s words, one of the objectives of MOBAN SACCO is “to promote the integration of host communities and refugees.”

The loans contribute to building vibrant micro and small businesses in Africa's oldest refugee settlement, established in 1958. According to the Office of the Prime Minister and UNHCR, Nakivale settlement hosted 140,611 forcibly displaced persons by the end of May 2020. It represents 9.9 percent of the 1.4 million refugees and asylum seekers hosted in Uganda in 13 districts.

ILO Recommendation 205, which was endorsed by its 185 Member States recently, highlights that, in crisis response, integrating people affected by conflicts into labour markets is one effective way to build their resilience and contributes significantly to peace efforts. Indeed, participation in Nakivale’s labour market has not only given Kalimba and other refugees a source of livelihood but also restored their dignity and sense of belonging.


“The income I get from my job has helped me to live a good life. I have built a house on the land provided by the government and I can take my children to a private school, Kalimba, a father of three explains. “I also have an aging mother whose medical needs are high. When these needs can't be fully addressed at the public health facility, I take her to a private one, he adds.


In order to ease pressure on local resources and maintain the sustainability of its progressive policy, Uganda, as a Governing Body Member of the ILO, has made self-reliance a central point of its refugee response. The country has included displacement in its development agenda under the third National Development Plan (NDP III, 2021 -2025). The NDP III was launched in July 2020, just a few days after World Refugee Day. 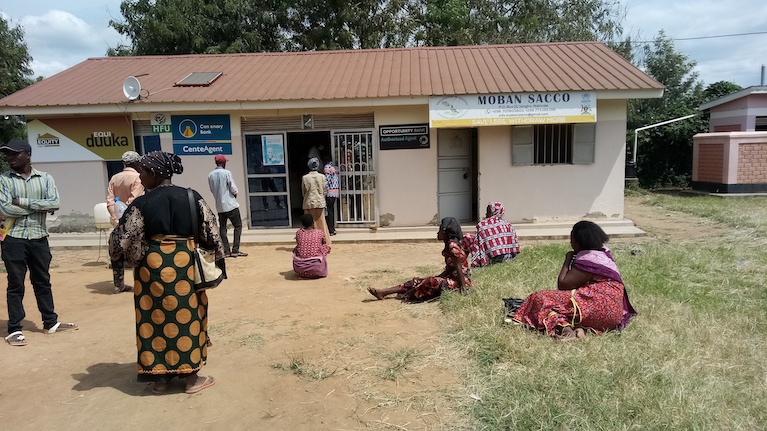