Iraq is emerging from an intensive conflict resulting in the defeat of the Islamic State of Iraq and the Levant (ISIL), and working to transition into a more sustainable development period in its history. Iraq continues to host just under 290,000 refugees and asylum-seekers, including 250,000 Syrian refugees; and more than 1.5 million Iraqis remains internally displaced.

Iraq Humanitarian Needs Overview 2020 estimated that 1.46 million people face critical problems related to physical and mental well-being, almost half of whom are children.

To support the acute needs of highly vulnerable population in Iraq, five international organizations - IIFC, ILO, UNHCR, UNICEF, and the World Bank – will join their efforts to develop a new paradigm in responding to the most affected refugees in Dohuk governorate and the most affected Internally Displaced Persons (IDPs) and host communities in Ninewa governorate.

The Partnership will focus on three broad areas that are critical for refugees, Internally Displaced Persons, and Host Communities to overcome their specific vulnerabilities and host communities to pursue their own development agenda in a transformed environment: 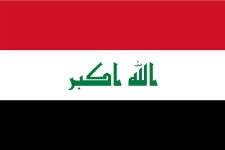