This year, the International Labour Organization (ILO) will celebrate International Women’s Day by hosting a round table discussion and a film festival focusing on women film directors.

The ILO’s commitment to the promotion of gender equality and the improvement of working conditions for women will therefore be approached from two angles – that of the women film directors, operating in a sector where successful women are still a minority, and that of the work these women do, which often sheds light on social problems that would otherwise have gone unnoticed by the public.

The second annual ILO International Film Festival on Women and Work will take place from March 4th to the 10th at the CAC Voltaire cinema in Geneva. All screenings will be open to the public and free of charge. The films will be shown in their original language with French subtitles. The overriding theme for the films will be “women and work”, but some other issues they may touch upon include child labour, globalization, safety and health at work, social security and decent work.

The panel discussion will be held at the International Labour Office in Geneva on Tuesday 8 March from 14:30 to 16:00 and will welcome international women directors, Claire Denis (L’intrus, Vendredi Soir, Trouble Everyday, Beau Travail, Nénette et Boni, Chocolat) and Pamela Rooks (Dance like a Man, Train to Pakistan, Miss Beatty’s Children). They will talk about gender equality in the film industry and their experiences in the world of film. 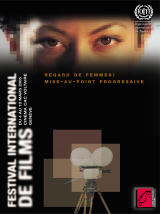