Viet Nam has weathered the global economic crisis, but in order to sustain the recovery it should now focus medium-term policy directives towards inclusive development to fully utilize its dynamic and growing labour force, according to an ILO supported report on labour and social trends.

Viet Nam’s labour force is projected to increase by 1.5 per cent (or 738 thousand) annually from 2010 to 2015, according to the report conducted by Viet Nam's Institute of Labour Science and Social Affairs (ILSSA).

Among its conclusions, the report recommends that the Government, in partnership with workers and employers, prioritize measures that will boost the country’s competitiveness, including strengthening labour market institutions, investing in human resource development, promoting job quality and expanding the social protection system.

The report “Labour and Social Trends in Viet Nam 2009/10” notes that Viet Nam’s remarkable economic growth since 2000 has coincided with rapid structural transformation. Agricultural employment decreased from 65.3 per cent in 2000 to 52.2 per cent in 2007 as workers moved into industry and services. While this transition to higher productivity sectors helped to boost total labour productivity by 5.1 per cent annually, overall productivity remained extremely low and is only three-fifths the ASEAN average or around one-tenth the level in Singapore.

In addition, poverty has fallen dramatically over the past decade, but other social concerns are looming, such as rising industrial disputes and limited social protection measures that generally do not cover the massive informal sector. 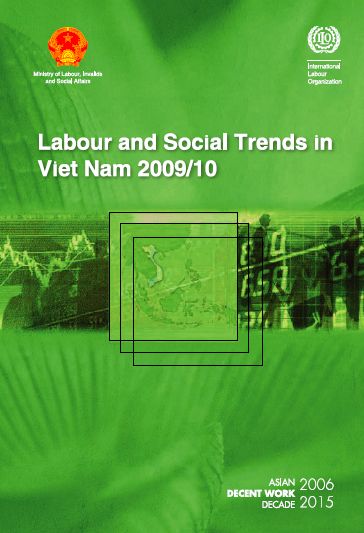