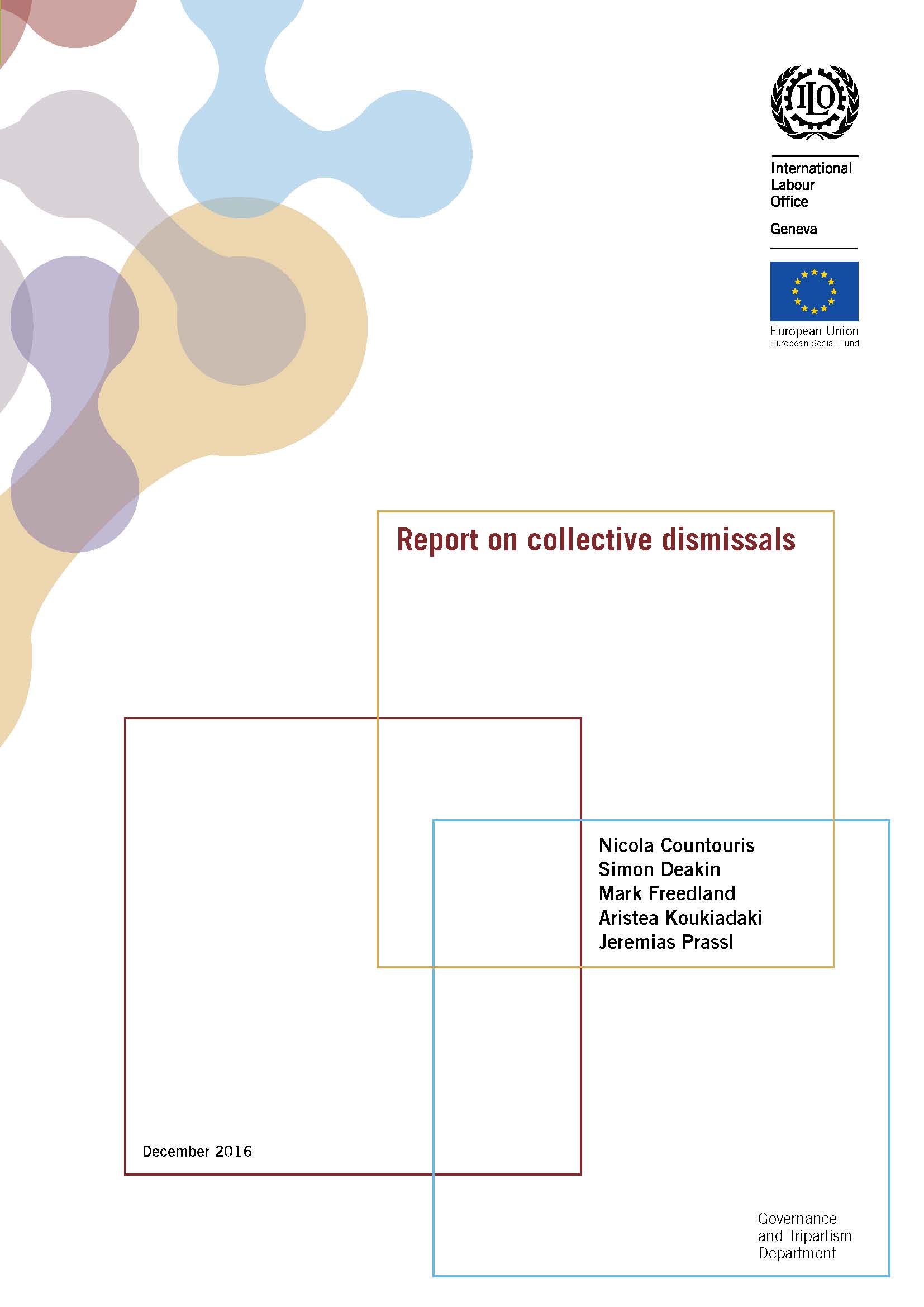 Download:
This report was produced by a group of independent experts, all of them labour lawyers, and most of them academic labour lawyers, with a view to assisting the ILO in the context of the ongoing technical assistance programme developed with the Greek Government in a number of areas, including “labour legislation to regulate collective dismissals”.

As is widely known, since May 2010 the Union’s Euro-area Member States and the International Monetary Fund (IMF) have been providing financial support to Greece through an Economic Adjustment Programme in the context of a sharp deterioration in the country’s financing conditions. This support has been accompanied by a request on the part of the lending institutions’ representatives to implement a number of reforms aimed at improving the competitiveness of the Greek economy. Amongst a series of detailed specifications, Greece has been asked to adopt “reforms [that] will ease interpretation of and foster compliance with labour laws with a view to bring legislation in line with EU best practices, and to this end a review will be carried out […], comparing Greek regulations on […] collective dismissal rules and procedures, with those in other EU Member States”.

Co-funded by Greece and the European Union