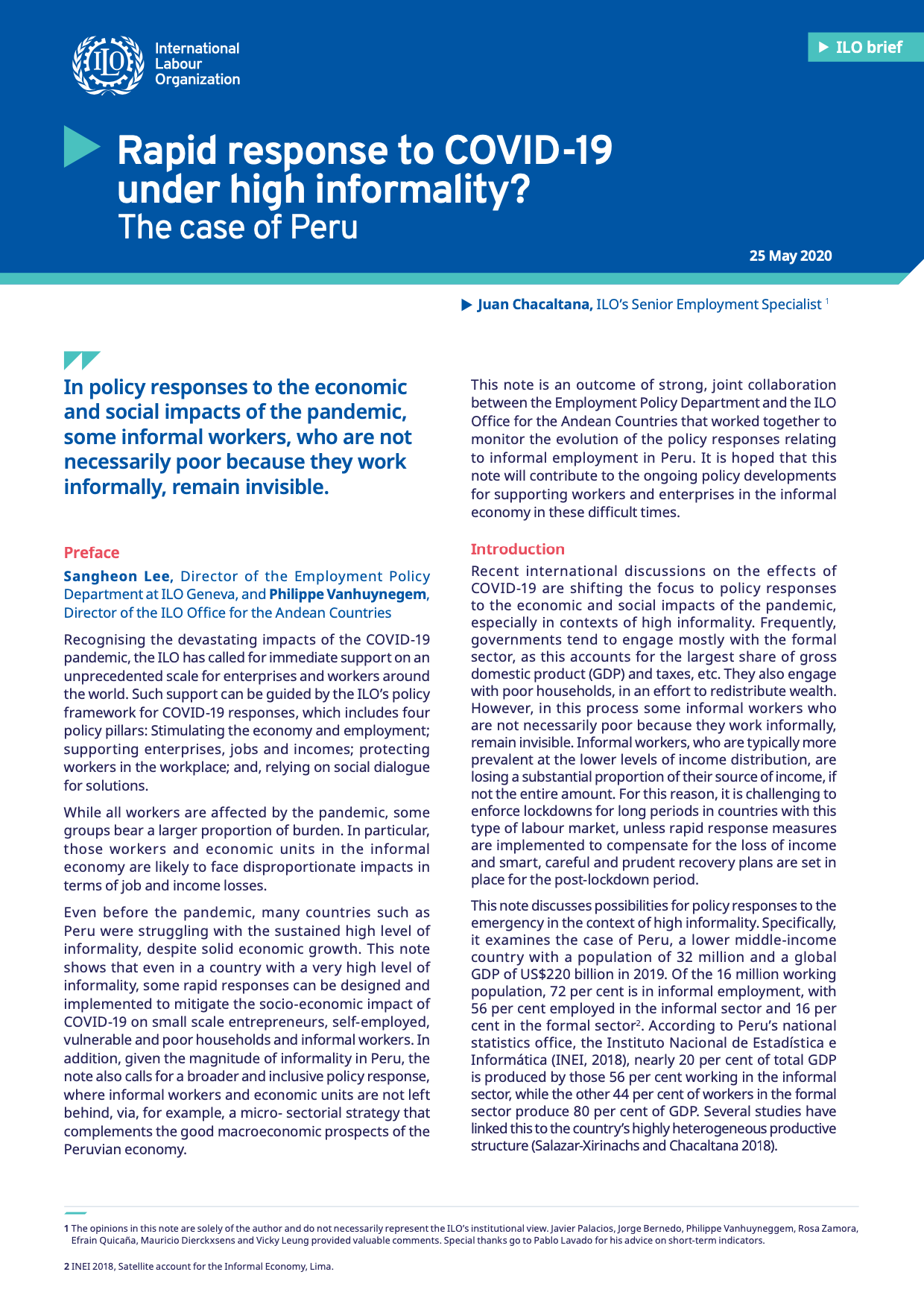 Download:
This note discusses possibilities for policy responses to the emergency in the context of high informality. Specifically, it examines the case of Peru, a lower middle-income country with a population of 32 million and a global GDP of US$220 billion in 2019. Of the 16 million working population, 72 per cent is in informal employment, with 56 per cent employed in the informal sector and 16 per cent in the formal sector. According to Peru’s national statistics office the Instituto Nacional de Estadística e Informática (INEI 2018), nearly 20 per cent of total GDP is produced by those 56 per cent working in the informal sector, while the other 44 per cent of workers in the formal sector produce 80 per cent of GDP. Several studies have linked this to the country’s highly heterogeneous productive structure.

This note is an outcome of strong, joint collaboration between the Employment Policy Department and the ILO Office for the Andean Countries that worked together to monitor the evolution of the policy responses relating to informal employment in Peru. It is hoped that this note will contribute to the ongoing policy developments for supporting workers and enterprises in the informal economy in these difficult times.