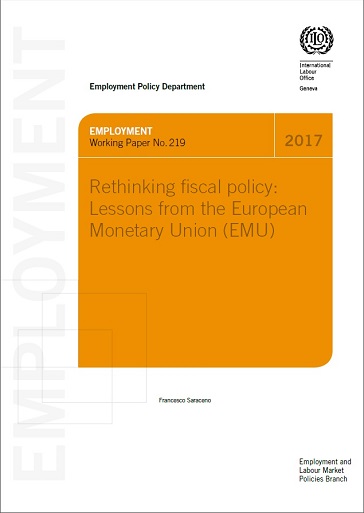 Download:
This paper challenges the ideological and empirical basis of the “New Consensus” to macroeconomic policy, which advocates limited government intervention to correct short-term deviations from the growth path constrained by a rules-based framework.
Based on the recent experience of the United States and the Economic and Monetary Union of the European Union (EMU), the paper argues that the New Consensus has
yielded a policy stance that is excessively “hands off”, slow to respond to economic downturns, and has led to premature austerity, all of which have stifled the recovery. This provides lessons for not only developed countries, but also developing and emerging economies seeking to design macroeconomic policy frameworks to cope with
the economic cycle and spillovers from the globalized economy.