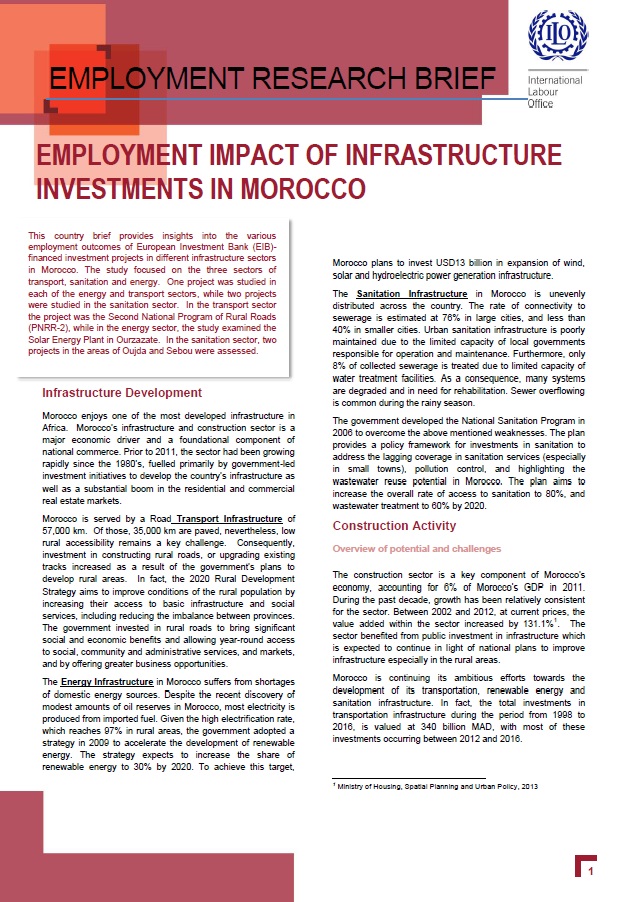 Download:
This study focuses on the three sectors of transport, sanitation and energy. One project was studied in each of the energy and transport sectors, while two projects were studied in the sanitation sector. In the transport sector the project was the Second National Program of Rural Roads (PNRR-2), while in the energy sector, the study examined the Solar Energy Plant in Ourzazate. In the sanitation sector, two projects in the areas of Oujda and Sebou were assessed.