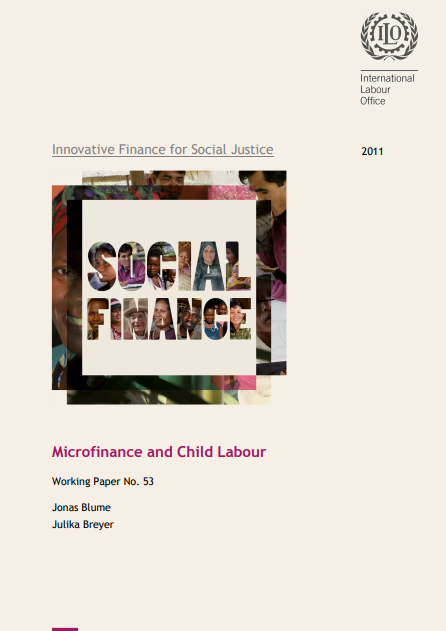 Download:
Child labour remains a pressing concern in the world today. According to estimates
from the International Labour Organization’s (ILO) International Programme on the
Elimination of Child Labour (IPEC), there were 215 million children child labourers in
2008, almost two-thirds of whom, worked under hazardous conditions (ILO 2010b). Child
labour, especially its worst forms, often causes severe physical harm for children and
deprives them of their right to education. It is therefore banned under ILO Conventions
No.138 (Minimum Age Convention) and No.182 (Worst Forms of Child Labour
Convention), as well as the UN Convention on the Rights of the Child.