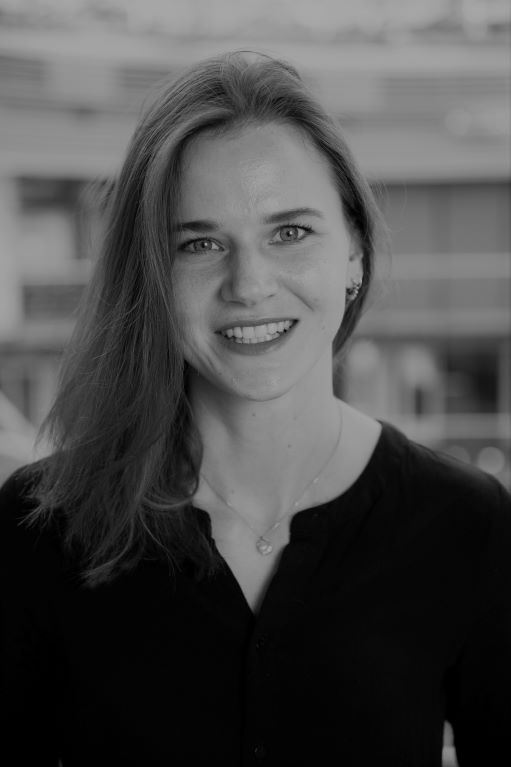 1. How have youth labour markets in the EU been hit by the pandemic?

Regarding labour market effects, the pandemic clearly took a higher toll on younger cohorts in Europe. This phenomenon holds true for all EU Member States – even those with a comparatively low youth unemployment rate like Germany. 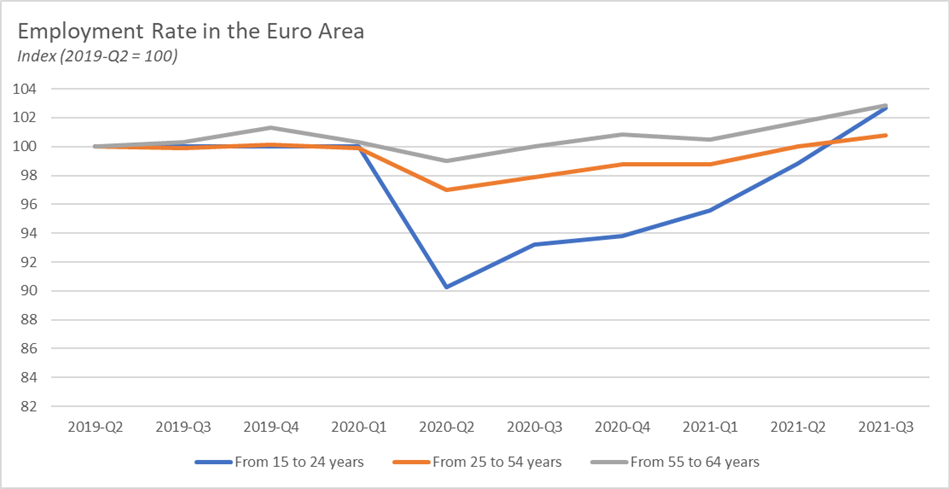 This in itself is not particularly surprising: young people in the labour market tend to be at higher risk when economies take a turn for the worse. This was clearly visible during the global financial crisis, when youth unemployment rates exceeded those of the 25-plus population by far – and struggled to recover when labour markets improved again. Until today, the youth unemployment rate in Spain stands at 30,6% or in Greece at 30,5%.

The reason why people between 15 and 24 years are prone to experience disadvantages during economic downturns are systemic: they are particularly exposed to two forms of labour cost cutting that employers often use during recessions. First, hiring freezes. This hits young people hardest because, more than any other demographic, they are transitioning from education towards entering the job market. This is difficult when new hiring declines. Second, letting temporary contracts expire without renewal. This hits young people hardest because the share of temporary contracts is significantly higher among young people than among the general population.

Young people also got hit particularly hard by Covid-restrictions. Not only because they mainly work in sectors affected by shutdowns (e.g. retail and services), but also because internships and vocational training were interrupted due to Covid related health and safety measures. 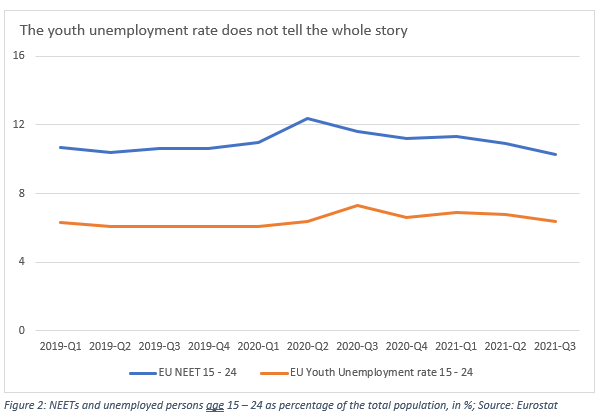 2. What measures have worked better for young people during this crisis?

At this stage, it is too early for a final assessment. But in general, rapid and large-scale targeted action by Member States like e.g. job retention schemes in the hardest-hit industries, where mostly young people work, appear to have mitigated worse effects: a study commissioned by the EU Parliament finds that consequences of the Covid-pandemic on young people are less negative than the aftermath of the global financial crisis.

However, the deployed measures vary greatly among Member States; and the effects of similar measures also differ depending on the national context. There is no silver bullet that works for all the Member States equally.

3. What about the fiscal implications of such measures: Can governments afford them?

The question should be: can government afford to not afford them. From a fiscal point of view, youth unemployment is one of the most detrimental things that can happen to an economy, now and in the long run. We know about the so called “scarring effects” of unemployment at an early age: Studies not only find that unemployment at a young age increases the likelihood to be unemployed again throughout work life, but also that each month of unemployment between the age of 18 and 20 can translate into a permanent income loss of 1,2%. In other words, a single year of unemployment in this critical phase of life can translate into a loss of more than 10% of total lifetime income. The effect: young people become discouraged and dependent on social transfers for the rest of what should be a long, productive work life, instead of contributing to tax revenue; a strain to public coffers on both the expenditure and the revenue side.

Moreover, while labour markets vary across Europe, all of them face demographic challenges, as well as the need to adjust to the digital and green transformation. For all three, a well-trained young workforce that transitions successfully into employment is needed. Otherwise we will experience a slow-down in participation rates, productivity growth and hence welfare losses.

Further, in addition to instruments targeted to national needs, as mentioned above, we can mobilise the market mechanism itself: As the US shows, a lot of demand – resulting from a large fiscal stimulus including cheques sent to citizens – heats up the labour market. When people have money and spend it, firms hire. Workers on low wages and the young benefit particularly strongly from this.  In the US, this approach is already paying off: the unemployment rate is falling and wages are rising, especially for those groups usually worst affected by labour market downturns. 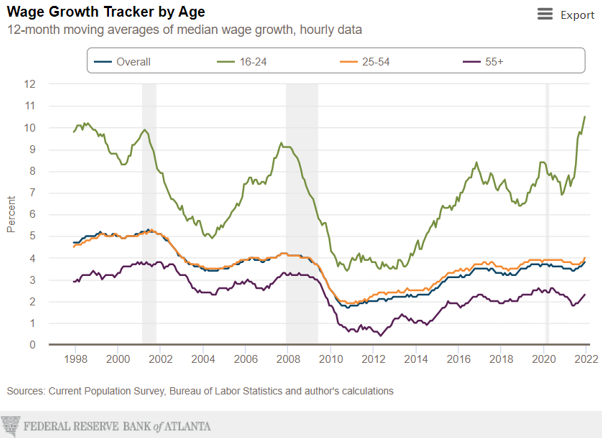 This shows that focusing exclusively on support for businesses or education is not the only possibility. Macroeconomic stimulus, too, can help people earn enough to provide for a life in dignity, to add to tax revenue and to not need social transfers. (More about how this would be possible in spite of the European fiscal compact here.) Conversely, the past has shown that harmful macroeconomic policies, especially austerity during a downturn, can have a severe impact on young people’s labour market outcomes, overwhelming training schemes, active labour market measures, and other measures at the microlevel.  This was visible e.g. in Spain or Italy during and after the Eurocrisis.

The opinions expressed in the interview solely belong to the interviewee, and do not necessarily reflect the views of the ILO.