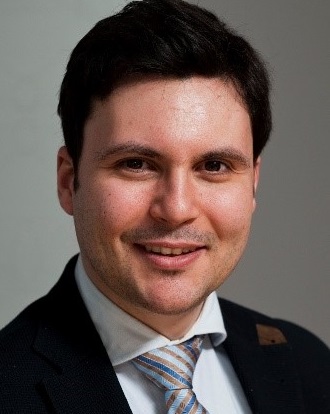 1. The Covid-19 pandemic lead to a temporary restriction of civil liberties across Europe. What restrictions of labour rights did you observe in Central and Eastern Europe, to what extend were they necessary to respond to the global health crisis, and to what degree was the situation just used to weaken labour rights?

Needless to say, in terms of the current crisis caused by the Covid-19 pandemic, protecting citizens and ensuring their health and safety is the ultimate goal and top priority of governments. However, history warns us, and the current situation confirms the fact that crises are a "good" pretext to suspend or restrict civil liberties, in this case, for the sake of public health. Most of the Central and Eastern European (CEE) countries, at a certain stage, introduced a state of emergency that significantly expanded the power of their executive authorities. State of emergency was accompanied by restrictions on freedom of movement and grouping. Against that background, in several CEE countries (e.g. Hungary, Poland, Romania), there were evident restrictions on certain fundamental rights guaranteed by international human rights instruments and international labour standards, such as freedom of association, collective bargaining and collective action (strikes). In these and other countries (e.g. Latvia, Serbia, Montenegro), trade unions were openly disapproving the reduction and even absence of a substantial tripartite social dialogue. Also noteworthy is the restriction of certain labour rights, under the "veil" of increasing flexibility in labour relations. For example, Hungary introduced the possibility of unilaterally extending the reference period for organization and calculation of working hours to a maximum of 24 months by a decision of the employer. Poland envisaged the possibility of reducing the daily uninterrupted rest time from 11 to 8 hours per day with a guarantee for an adequate compensatory rest within 8 weeks. Certain countries have also increased the possibility of employers to provide paid annual leave to the employees without their consent, when the work of the company is suspended (e.g. Bulgaria). In the Western Balkan countries, we did not find any major restrictions of labour rights by governments, but there were numerous infringements of workers' rights by employers. The most common infringements concerned dismissal procedures, fake consensual termination of employment contracts (when resignation from a post is signed in advance or some dismissal conditions are offered in exchange of losing certain labour rights), unilateral reduction of wages, working hours or working conditions (Bosnia and Herzegovina, Serbia, Montenegro, North Macedonia). In my view, the crisis caused by the Covid-19 pandemic cannot be an alibi for reducing or restricting fundamental labour rights. The policy approaches of the governments of certain CEE countries that circumvent the tripartite social dialogue and minimize the involvement of trade unions in the adoption of anti-crisis measures are neither necessary nor proportionate to respond to the ongoing health and economic challenges. Such policy approaches can undermine inclusive democratic processes and further erode labour rights.

"The policy approaches of the governments of certain CEE countries that circumvent the tripartite social dialogue and minimize the involvement of trade unions in the adoption of anti-crisis measures are neither necessary nor proportionate to respond to the ongoing health and economic challenges. Such policy approaches can undermine inclusive democratic processes and further erode labour rights."

2. Are there specific groups of workers that have endured the most severe restrictions of labour rights?

Within a short period of time, the impact of the pandemic brought to the surface the precarious working conditions faced by several vulnerable groups of workers. These groups include workers in non-standard forms of employment, workers facing consensual termination of employment contracts, pregnant and women workers on a maternity leave, workers with family responsibilities, chronically ill workers or informal workers. Fixed-term workers, as well as other temporary workers, were among the first to lose their jobs due to non-renewal of their employment contracts. In some countries (such as North Macedonia), there are noticeable examples of fraudulent transformation of employment contracts of indefinite duration into fixed-term employment contracts. In other countries (such as BiH), fixed-term workers are not entitled to severance pay in the event of dismissal for economic, technical or organizational reasons. Regulatory gaps and restrictive legislative frameworks in several Western Balkan countries (Serbia, Montenegro, BiH, North Macedonia) have also contributed to the practices of fake consensual termination of employment contracts. The consequences are the drastically reduced dismissal costs of employers at the expense of workers' rights and benefits, which in certain cases (such as in North Macedonia) exclude the right to receive cash benefits due to unemployment. For the duration of the pandemic caused by COVID-19, most of the CEE countries provided special protection measures for pregnant and women workers on maternity leave, workers with family responsibilities, chronically ill workers and the like. In some countries (such as North Macedonia), the design and implementation of measures to protect these groups of workers was accompanied by a series of ambiguities. These included whether paid leave for pregnant women, workers-parents of children up to 10 years of age and chronically ill workers is mandatory or optional for private sector employers; who bears the costs of the paid leave of absence. Due to these ambiguities, many workers were not allowed to use paid leave of absence, or where they were allowed, were paid 50% lower wages, or their paid leave of absence was calculated as annual leave. Another group of workers, who were being deprived of using the inalienable right to annual leave were the health care workers and other employees in the health sector of North Macedonia. Due to the essential nature of their work and the unparalleled services they provide during the pandemic, working conditions and the rights of health care workers were somewhat overshadowed. In my opinion this impression, regarding the legal position of health care workers, is not relevant only for North Macedonia, but also for other Central and Eastern European countries.

3. Trying to build back better, what are the three things we need to do for guaranteeing labour rights to all workers after the pandemic?

In my view, one of the first things that should be done after the pandemic with the aim of building an inclusive and comprehensive guarantee of labour rights, is to review and extend the personal scope of application of national labour and social security legislations. It has to be done to the extent necessary for the optimal protection of all workers, regardless of their employment statuses or contractual arrangements. The pandemic also reaffirmed the importance of the measures and policies for occupational safety and health. Hence, the second thing to pay attention to is the improvement of systems for protection of safety and health at work, taking into account the prevention and protection from violence and harassment in the world of work and other psychosocial risks faced by workers. As a third thing, I would single out the need to further strengthen the freedom of association and the promotion of social dialogue and collective bargaining at all levels and in all sectors and occupations. The pandemic has shown that precarious working conditions are particularly pronounced among workers in non-standard forms of employment. Therefore, in parallel with the improvement of the regulatory framework against insecurities faced by non-standard workers, additional efforts are needed to increase the capacity of workers' and employers' organizations to expand their membership and organizational networks in the field of non-standard forms of employment.