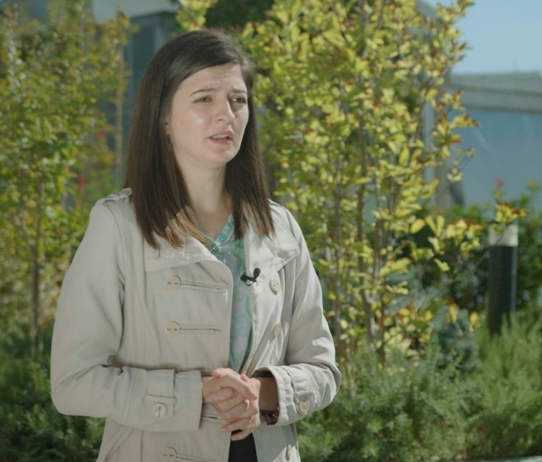 © Federation of Trade Unions of Macedonia

Almost every worker and every business in North Macedonia have been affected by Covid-19, therefore the need for trade union assistance for workers has grown significantly since the onset of the pandemic.

The Federation of Trade Unions of Macedonia has been ringing the alarm about the malpractices and the increased number of rights infringements in some companies. The Federation itself also recognized it had to respond to the needs of workers in distress with a more efficient system for support and protection.

Through the EU-funded project Strengthening Social Dialogue, the ILO supported trade union initiatives to provide better services for members including free legal services to membersduring the pandemic.
The ILO assisted the SSM in the development of a mobile application, called “SSM – My worker’s rights”. The application serves as a platform for reporting cases of working rights violations allowing workers to directly report any breach of their rights and receive feedback on their case.

In addition, the trade union formed an alliance with the State Labour Inspectorate allowing them to hand over cases to the Inspectorate and agreeing on a deadline for acting upon them. A cooperation agreement between the two organization defines the necessary details.

In Eastern and Southeastern Europe, trade unions are often looked at as “remnants of the past”, referring to their rather old fashioned public image as well as the lack of innovative services to members. The new mobile application can help the SSM to challenge this image and to get closer to the young generation of workersat the same time. By now, it is one of the digital services that SSM offers, in addition to the social media page “Sindi – E-advisor on workers’ rights”, and the chatbot on the website. Since its launch on 23 April this year, the application has been downloaded 500+ times and enabled legal protection to 3000 workers, based on 95 reports sent through it. Over 60 per cent of the cases have already been solved.

"Nevertheless, the result was beyond my expectations! SSM, with the collaboration of the State Labour Inspectorate, managed to reinstate me at my job and ensure payment of all my salaries since the initial contract termination."
Martina Angelova, Skopje, North Macedonia

One of the workers that benefitted from the new application is Martina Angelova. The young woman from Skopje has been working for a marketing agency.

“At the very beginning of the pandemic, my employer terminated my indefinite contract without any notice and explanation. I only found out about the one-sided contract termination when I was denied access to the business account and mail.

Desperately searching for protection, I learned from friends about the mobile application "SSM – My worker’s rights" that enables reporting rights violations to a trade union, which then acts upon reports submitted even by non-members.

In a very short time, I received feedback that the State Labour Inspectorate issued a decision for my reinstatement. However, the employer tried to manipulate me again, so I had to use the app for the second time. I did that with hesitation though, believing that despite the efforts of SSM, the employer will find a way to lay me off. Nevertheless, the result was beyond my expectations! SSM, with the collaboration of the State Labour Inspectorate, managed to reinstate me at my job and ensure payment of all my salaries since the initial contract termination. This web platform is really efficient and young workers definitely prefer using such means of communication, myself included.

My experience is the most solid recommendation for this tool. Information is power, and digitalization absolutely helps in reaching out and educating young workers on their rights.”