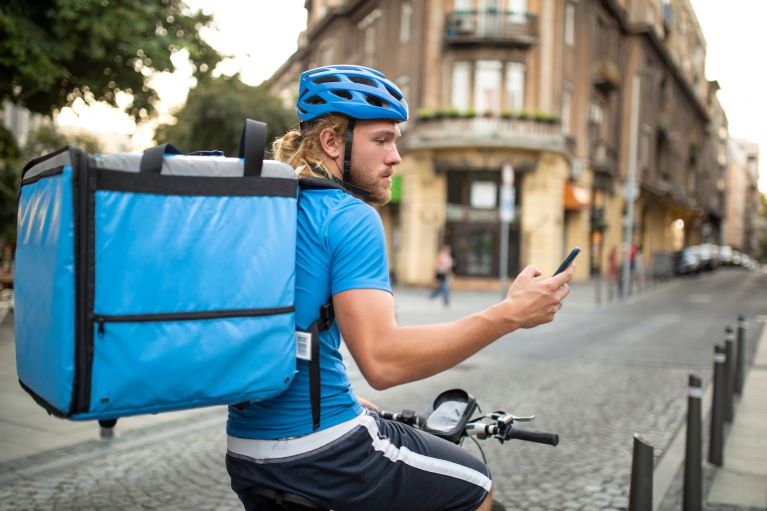 © iStock/Ivan Pantic
Non-standard forms of employment (NSFE) have become a fixture of labour markets across Central and Eastern Europe (CEE). ILO data show that almost every third worker in the private sector in Poland works under a term contract. One out of five Ukrainian white collar workers has already done online work through one of the 40 digital labour platforms in the country. Most of this work is disguised employment. Emerging as new forms of work in the context of globalization, rapid technological advancement and increased competition on domestic and international markets, NSFE are seen as flexible solutions to today’s labour market demands and labour shortages.

On the labour supply side, NSFE can facilitate access to the labour market by marginalized groups, such as youth, women, older workers and migrants. In some instances, they can be a “stepping stone” to better jobs. However, when misused as a means to reduce labour cost at the expense of fundamental labour rights, NSFE deprive workers of fair pay and decent working conditions; limit their access to social security; increase inequality, job and income insecurity; and create social dumping.

The ILO report „Non-standard forms of employment in selected countries” shows how countries from CEE use non-standard forms of employment. The authors, all labour law experts from the region, analyse the level and adequacy of legal protection of workers; challenges and solutions in organizing workers; good practice in regulation through collective bargaining; legal and case law tests for determining the existence of the employment relationship, and NSFE and informality.

In many of the examined cases, the implementation of regulations on NSFE have failed to meet the intended purpose of the legal and policy reforms. In practice, nonstandard workers do not always have access to the same legal protection compared to “regular” workers and are more likely to lose their formal jobs and to experience precariousness in their professional lives.
Fixed-term contracts and temporary agency work remain underused in Western Balkan countries, where incomplete or ambiguous regulations of temporary work are a gateway to undeclared work and informality. Part-time work has gained ground mostly as an involuntary form of employment and has become an informal substitute to full-time employment in some cases. However, too stringent regulation might discourage companies to use part-time work for generating jobs adapted to the needs of both employers and workers.

Simplified forms of employment have been devised and implemented as policies to boost employment of vulnerable workers, such as youth, women, low-skilled and older workers, but they proved to fall short of meeting the minimum labour rights floor. Instead of offering these workers the chance to exit poverty, informality and precarious employment, they often remain in precarious contract situations..

The ILO report notes that social partners’ engagement in negotiating when, where and the extent to which nonstandard employment can replace regular employment is either non-existent or marginal.

The Covid-19 crisis has exposed and exacerbated many of the vulnerabilities of non-standard forms of employment. However, the post-crisis recovery offers an opportunity for national regulators, employers, workers and their organizations to address legislative and implementation gaps in a more coordinated and effective way.

Non-standard forms of employment in selected countries in Central and Eastern Europe. A critical glance into regulation and implementation [pdf 6519KB]
Skip to top