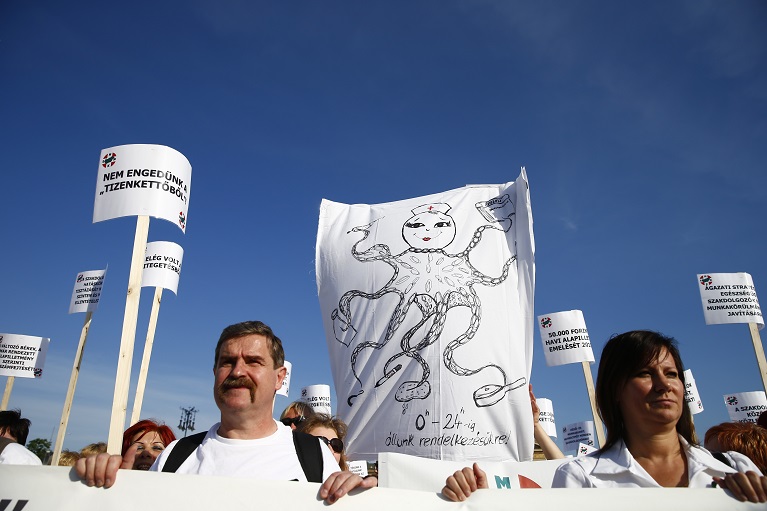 Through ratifications of International Labour Standards, Governments of Central and Eastern Europe have made international obligations to implement workers’ rights. In many countries, the Global Rights Index  shows, workers can still not enjoy the freedoms set down in these rights, including the right to collective bargaining and freedom of association. The ITUC report also names companies violating workers’ rights.

The Global Rights Index ranks countries in the world on a scale from 1 (best) to 5+ (worst). The countries are ranked based on an analysis using 97 indicators derived from ILO conventions. Violations of rights are looked at both in law and practice.

The most common breaches of international labour rights are linked to denial of the right to establish and join a trade union, the right to collective bargaining and the right to strike. Problems have been reported both globally and in Europe concerning the registration of unions.

In Central and Eastern Europe, the Index shows a situation similar to last year’s. In 2020, no country received the lowest score, 5+. Ukraine got the worst score in the sub-region, listed among the 31 countries worldwide to receive the second worst rating (5), indicating that workers had “no guarantee of rights”. (9 countries received the worst rating 5+, none of them in Europe).

Rating 4 in the report implies a “systemic violation of rights”. In Central and Eastern Europe, Bosnia and Herzegovina, North Macedonia, Serbia and Romania received this rating. Albania, Bulgaria, Hungary and Poland were ranked in category 3, indicating a “regular violation of rights”.

In 2019, the Republic of Moldova developed in workers’ rights and moved from category 3 to category 2. This year, Moldova kept the relatively good score. Croatia, Czechia, Montenegro, Estonia, Latvia and Lithuania also belong to category 2 showing “repeated violations of rights”.

Much of the examination was done before Governments’ responses to the COVID-19 pandemic. As there have been reports of COVID--19 measures with negative impact on workers’ rights, we may see the latest developments reflected in future reports from ITUC.

Another important trend that emerges from the ITUC Global Rights Index is that countries in the European Union have a better average score than the countries seeking membership, indicating a correlation between EU membership and respect for workers’ rights.

ITUC uses an advanced methodology to measure workers’ access to their rights. This methodology includes questionnaires sent to 331 national trade unions in 163 countries, followed up by regional meetings and in depth-meeting communication with individual trade unions to corroborate information. National legislations are analysed by labour law experts who identify the gaps between the national legal framework and international labour standards.

ILO continues to works with ITUC, the European Trade Union Confederation (ETUC), the Pan-european Regional Council (PERC), national trade unions, governments and employers in Central and Eastern Europe with a right-based approach to promote decent work for all. Trade unions in the region have received training on how to use the ILO’s supervisory system  in case their rights are threatened.