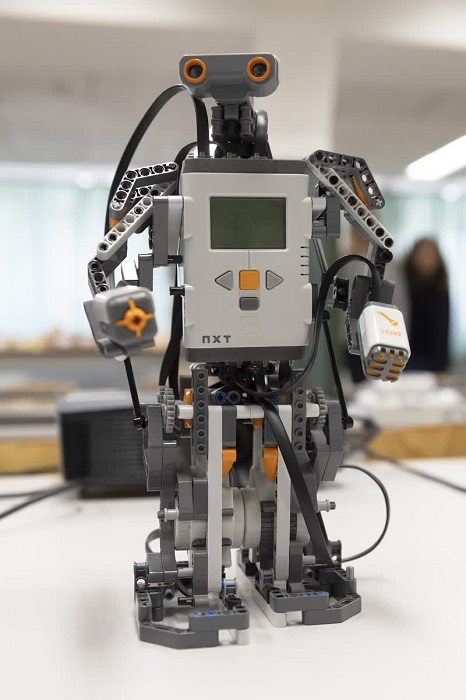 The Digital Agenda for the Western Balkans was launched in the summer of 2018.  The Public Policy Research Center, the ILO, UNDP and Olof Palme Foundation organized the first annual conference “The Future of Work in Serbia--the Future is Now” as a follow-up to the roadmap on 23-24 October, 2018 in Belgrade.  Participants gathered to discuss the preconditions and opportunities for development of a knowledge-based economy in Serbia, embedded in a decent work agenda. As a developing country grappling with three industrial revolutions all at once–2.0, 3.0, and 4.0–with an uneven progress across companies, sectors and economies, Serbia is strongly motivated to look into the potential of the knowledge-based economy to deliver the desired economic growth and achieve sustainable development. One of the key objectives of the conference was to discuss whether the Serbian economy is ready for a “quantum leap” and upgrade to state-of-the-art.

“The buildup of the digital economy based on knowledge and innovation is a necessity if Serbia wants to catch-up with the developed economies”, said the Minister of Demography and Population Policy of Serbia, Ms. Slavica Djukic-Dejanovic at the opening of the conference. The Minister added that the prime task of the state is to invest into knowledge, creativity and innovation. It is necessary to create an education system for the modern generations of students, which will help build a modern society and attract young talents. She pointed out that digitalization has become a reality in Serbia in all areas of the society and in all kinds of activities: the economy, agriculture, medicine, creative industries and culture.

The IT sector represents one of the key export industries in the country. It is responsible for nearly 10% of Serbia’s GDP and only in the first half of 2018 its exports were worth more than 1 billion EUR. Nevertheless, this trend appears to be the result of the work of of talented individuals, rather than the outcome of systematic state support to the sector. Serbia is ranking very low when it comes to investments into research & development, with only 0.78% of its GDP going into R&D, much lower than the EU 28 average of 2.03%. In addition to that, out of the 21,000 Serbian IT workers, about 7,000 are engaged in the gig-economy (crowd-work and digital platforms), whereby they choose to work as “self-employed entrepreneurs” and avoid the payment of social contributions, as most of them prefer to pay only for a minimum of social security.

The conference provided a forum for exchange for national and international experts, entrepreneurs, trade unions’ representatives, researchers, and professionals from the public and private sectors--all of whom are actively participating in the creation of the Serbian economy, to find answers on how a more stimulating environment for the build-up of decent work in this growing industry could be shaped.