GENEVA/BRUSSELS (ILO News) – The global youth unemployment rate has stabilized at 13 per cent following a period of rapid increase between 2007 and 2010 but it is still well above the pre-crisis level of 11.7 per cent, according to the ILO’s Global Employment Trends for Youth 2015 report released today.

Compared to 2012, the youth unemployment rate has decreased by 1.4 percentage points in developed economies and the European Union and is expected to continue its downward trend to a projected 15.1 per cent in 2020. Nevertheless, recovery has yet to come to many European countries. The youth unemployment rate exceeded 20 per cent in two-thirds of the European countries in 2014.

The majority of European countries are witnessing an increasing trend in temporary work among youth: the EU-28 average rose to 43.3 per cent in 2014. Furthermore, 20.7 per cent of young paid employees in OECD countries work part-time.

“It is encouraging to see an improvement in the youth employment trends compared to the GET for Youth 2013,” says Sara Elder, the report’s lead author. “But we shouldn’t lose sight of the fact that recovery is not universal and that almost 43 per cent of the global youth labour force is still either unemployed or working yet living in poverty. It’s still not easy to be young and starting out in today’s labour market.”

Global shares of youth in the total labour force, whether employed or unemployed, are decreasing over time. One reason is that more young people (although still not enough) are participating in education.

More young people in developed economies are now finding work but the quality of jobs is below their expectations. And still too many remain stuck in long-term unemployment. In the European Union, more than one in three unemployed youth had been looking for work for more than one year in 2014, an increase compared to 2012.

The share of youth neither in employment nor in education or training (NEETs) peaked in 2012 in the EU. Shares of young NEETs have slowly started to decline since.

Time to scale up action: Investing in skills and in quality job creation

Rapid changes in technology, in patterns of work and employment relationship, as well as new forms of start-ups, require constant adjustment to new labour market conditions and addressing skills mismatches.

Providing youth the best opportunity to transition to a decent job calls for investing in education and training of the highest possible quality, providing youth with skills that match labour market demands, giving them access to social protection and basic services regardless of their contract type, as well as levelling the playing field so that all aspiring youth can attain productive employment regardless of their gender, income level or socio-economic background.

“We know that today’s youth do not face an easy labour market transition and with the continued global economic slowdown, this is likely to continue, but we also know that greater investment in targeted action to boost youth employment pays off. It is time to scale up action in support of youth employment,” says Azita Berar Awad, Director of the ILO’s Employment Policy Department.

A combination of efforts that place priority on job creation and target the specific disadvantages of young people are required to reap the benefits of public and private investments and of other measures to restore economic growth.

“The 2030 Sustainable Development Agenda”, Berar Awad continues, “and its emphasis on youth employment in Goal 8, provides a new opportunity to mobilize broad global partnerships to support action on a more significant scale. Increased investment is needed to alleviate the scars of the crisis on the present generation as well as to ensure more inclusive labour markets and societies.”

*The Global Employment Trends for Youth 2015 report includes data from 30 school-to-work transition surveys from the Work4Youth project, a global partnership between the ILO and The MasterCard Foundation. 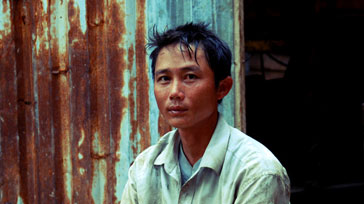