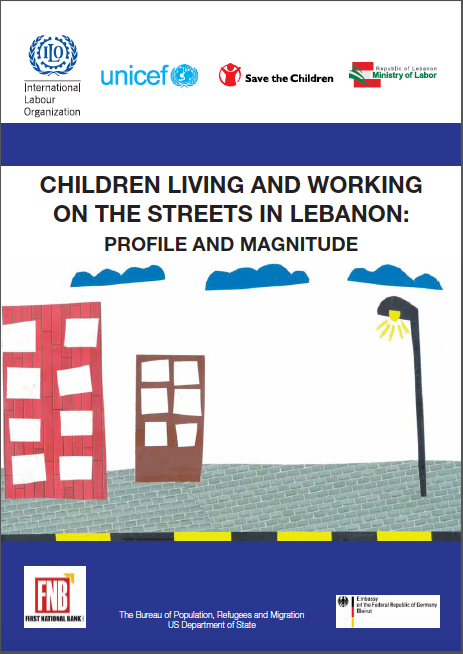 Download:
The objective is to facilitate the planning on implementation of a special programme to combat the phenomenon within the larger framework of the National Action Plan for the Elimination of the Worst Forms of Child Labour in Lebanon, by 2016 launched by the President in November 2013, to withdraw as many children as possible from the streets. Street work by children, specified as one of the most hazardous forms of child labour under Lebanon’s Decree no. 8987, is one of the priority intervention areas of the National Action Plan.

This study assesses the cases of more than 700 Lebanese and non-Lebanese children and is the first of its kind to cover the different locations and regions in Lebanon where a relatively high incidence of children living or working on the streets persists.

Stories from street children in Lebanon