Facilitated through Zoom, the webinar training was moderated by Rania Sarairah, a journalist specialized in human rights coverage, and attended by a wide range of journalists from different local media and news outlets. The webinar focused on the importance of the role of the media in promoting a balanced public understanding of migration, and rights-based language and reporting styles when reporting on migrant workers.

During the first day, journalists discussed ethical reporting on migration issues and the significant role of journalists in the storytelling of migrant workers’ journeys. Journalists also discussed the tone and language used to address migration issues in local media outlets and key actors responsible in changing the reporting style, as well as the prevention of hate and discriminatory speech against migrant workers.

The webinar also drew on the experience of Salaheddine Lemaizi, a Moroccan independent journalist and chairperson of the Moroccan Network of Migration Journalists (RMJM), in covering reports on labour migration issues in Moroccan and international media outlets.

On the second day of the training Charles Autheman, an independent consultant who supported the development of the ILO media toolkit on forced labour and fair recruitment, shared suggestions on key priorities when reporting on labour migration issues, including protecting the identity of migrants, validating information, maintaining a balanced tone and avoiding stereotyping.

The participants talked in depth about challenges they face while reporting on migration and human rights issues such as difficulty in accessing information, and included practical suggestions and a ‘walkthrough’ on how to develop an evidence-based article on migration issues.

‘The pilot training provided an opportunity to broadly discuss ethical guidelines in journalism in a fast-paced digital era’, underscored Rania Sarairah, the training facilitator. ‘Change in the local media will be achieved through building the capacities of journalists in a competent media ecosystem which will enable them to investigate and develop objective media reports on migration and human rights issues.’

One of the participants, Muna Abu Hamour, an investigative journalist at Al Ghad Newspaper commented that ‘bringing together journalists and representatives from local human rights associations in the training enriched the discussions a lot... I mainly work on human rights issues but rarely covered labour migration reports. The migration reporting guidelines made me better understand what to look for and how to address labour migration issues in the future.’

The training was based on earlier activities by the FAIRWAY Programme, including the development of an Arabic glossary of terms relating to migration, newsrooms visits and journalist training. In March 2021, the ILO published an information brief that examines how Arabic-language media in Jordan and Kuwait report on migrant workers. Based on a media monitoring research in 2019, 91 per cent of opinion articles in Jordan are negative in tone, while the remaining 9 per cent are neutral. These articles predominantly oppose the migration of workers to Jordan, seeking to sway Jordanian opinion on issues pertaining to legislation, access to the labour market or unemployment. 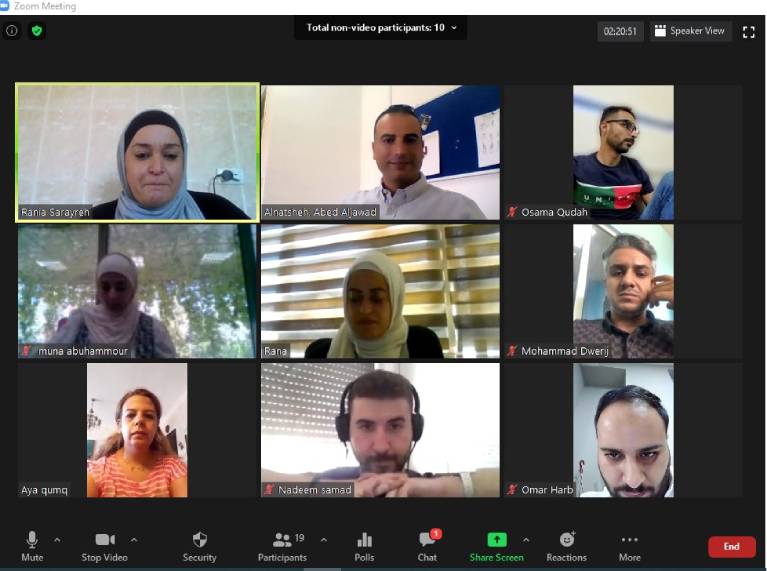