This year’s International Domestic Workers Day marks the 10 year anniversary of the adoption of the ILO Domestic Workers Convention, 2011 (No. 189), and its accompanying Recommendation (No. 201), through which the  international community recognized the significant contribution of domestic workers to the global economy, but acknowledged that domestic work was largely invisible, undervalued and mostly performed by women and girls, often migrant workers.

Countries of origin in Africa have recognised the need to ensure that their nationals who migrate abroad for employment need to be able to so in a safe, regular and dignified manner, with adequate protections in place at the recruitment stage to ensure decent working conditions. They have shown commitment to revising and strengthening recruitment regulations, ensuring pre-departure orientation. Unions have been engaged to support policy advocacy and information dissemination. Nevertheless, migrant workers may still depart their communities of origin with heavy debt due to having paid recruitment fees and related costs.  As a job-intensive sector that meets essential and growing household needs for direct and indirect care services, domestic work could be a source of employment in the post-COVID-19 economic recovery.

In the Arab States, the next decade of reforms in the region should focus on closing the legal gaps, including targeting such issues as excessive working hours among live-in domestic workers, regulating overtime pay and compensatory rest, and limiting payments in kind.


The right to a weekly rest day and rest periods must also be upheld by ensuring that domestic workers are free to dispose of their rest time as they please, with the right to leave the household during rest periods."

Adequate regulation needs to be complemented with public awareness campaigns and tools to facilitate the monitoring and enforcement of working time regulations, to ensure their effective implementation. In closing legal gaps, governments are encouraged to engage with social partners to fix an appropriate minimum wage level that accounts for the specificities of the sector.

The FAIRWAY project is working on multiple levels, and in collaboration with other ILO projects and initiatives, to support promising reforms, including support to developing standard operating procedures for the government’s Domestic Workers’ Department (Kuwait), access to online grievance mechanisms (Jordan), and kafala/sponsorship reform (Lebanon).

For further information, please see: Making decent work a reality for domestic workers: Progress and prospects ten years after the adoption of the Domestic Workers Convention, 2011 (No. 189) and the accompanying press release available here. 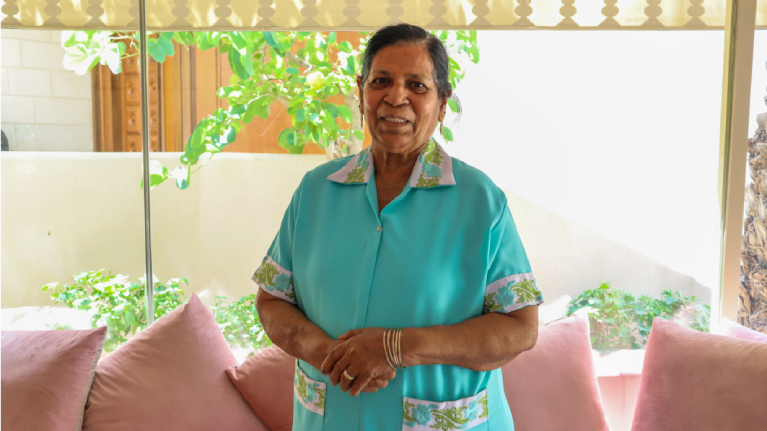 The FAIRWAY Programme
Skip to top