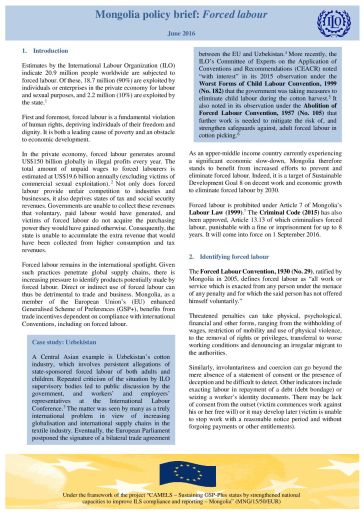 The brief considers Mongolian law and practice in respect of forced labour, highlighting areas in which both could be improved. It sets out the position of particularly vulnerable individuals, such as migrant workers, and provides recommendations to reduce their risk of being subjected to forced labour and trafficking in persons.

The brief also examines the complexities of prisoners’ labour and conscript labour, and the circumstances under which these can constitute forced labour. It then assesses current practices in Mongolia, concluding that some appear to contravene Conventions Nos. 29 and 105.