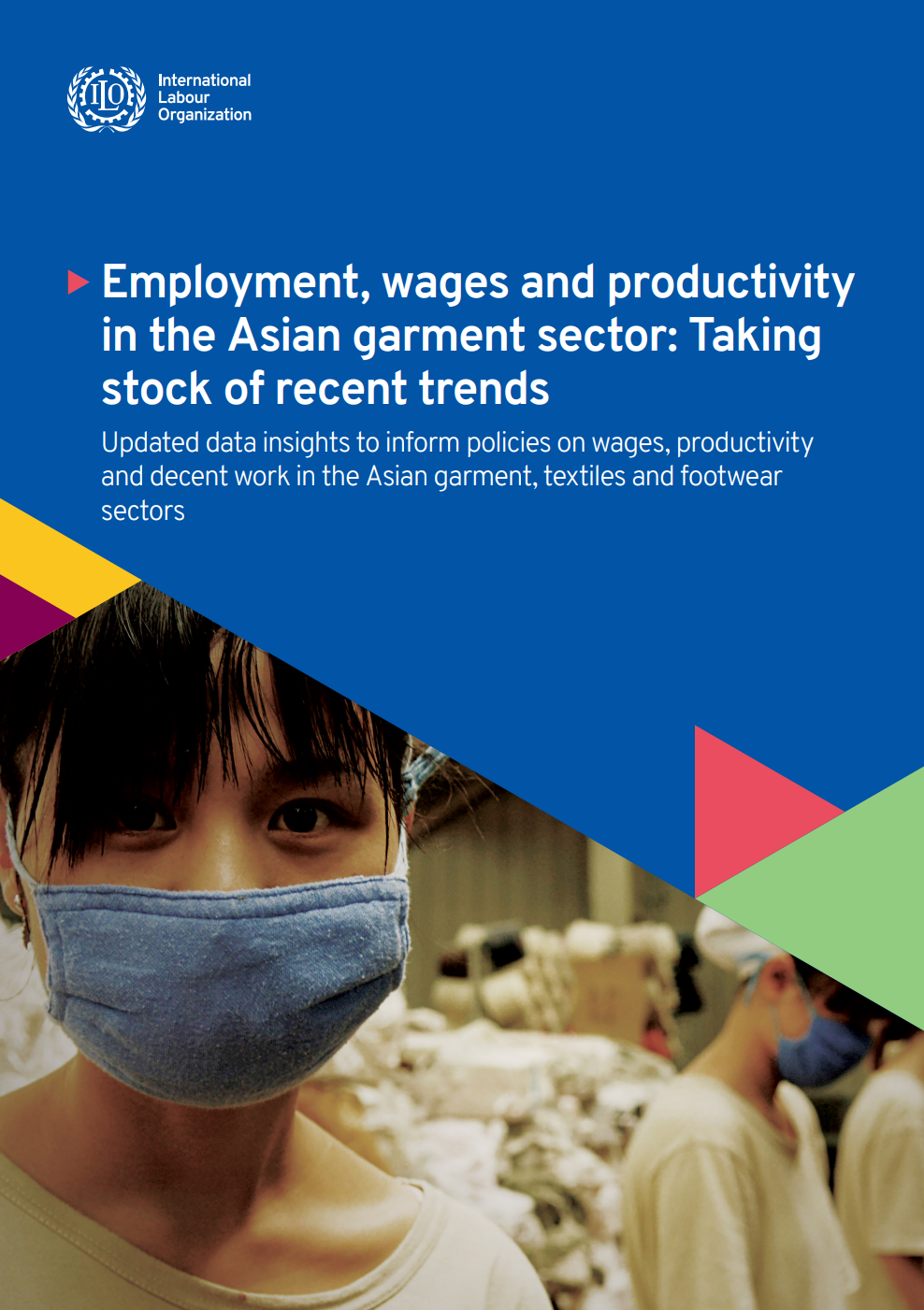 Download:
Asia is the largest garment manufacturer in the world. While labour productivity in the sector has increased in many economies, it remains relatively low, as few countries have successfully moved up the value-added chain. Despite increase in real wages for most workers, their working conditions have remained poor and characterised by widespread informality and vulnerability.

The ‘Employment, wages and productivity trends in the Asian garment sector: data and policy insights for the future of work’ highlights the role of global supply chains in contributing towards poor working conditions. The report analyses recent data and patterns in the sector to contextualise the discussion around wages and labour productivity. The analysis covers structural and institutional factors, including industrial relations, and highlights continued challenges for sub-groups of workers, including informal and temporary workers, home-based workers and women who constitute large shares of the garment and textiles industry.

This report was produced under the International Labour Organization Decent Work in Garment Supply Chains project, supported by the Government of Sweden.

Decent Work in the Garment Sector Supply Chains in Asia