While the impact of the global economic and financial crisis has been large on the ten countries of the Association of Southeast Asian Nations (ASEAN), the region has rebounded remarkably. However, the South East Asian and the Pacific’s unemployment rate is estimated to have edged down only slightly, from 5.2 per cent in 2009 to 5.1 per cent in 2010. Moreover, in the ASEAN region, the crisis has slowed down the declining trend between 2003 and 2008 in the share of workers in vulnerable employment, which typically offers low-quality, unproductive, poorly remunerated employment opportunities and little or no social protection.

This underlines the need to make social security measures an integral component of the post-recovery efforts. Particularly, unemployment insurance (UI) schemes, as well as other measures to support the un-employed and under-employed, will help to ensure that progress in poverty reduction is not reversed. There is also a concern that lack of social security for un- and underemployed workers in the ASEAN countries might lead to societal instability incurred by enlargement of income gaps and social inequalities.

Experiences gained from countries, most of which are the developed, show that combination of UI cash benefits and active labour market policies are one of the most effective and efficient mechanisms to protect the unemployed and their families against poverty on the one hand, and to assist them to quickly return to employment on the other hand.

However, the main dimension of widespread poverty in lower-income countries is not temporary, but structural. In the informal economy, where everybody has to work in order to survive the very concept of “unemployment” seems to be irrelevant. The long-term solution to underemployment and the often extremely precarious character of existing employment opportunities relies on sustainable employment-generating policies, but there is still a need for immediate interventions that alleviate the current situation. These should include: income security in the form of cash transfers, and basic employment guarantees in the form of public work programmes. Such measures are among the foundations of the Social Protection Floor promoted by the ILO and the United Nations since April 2009.

Most countries in the ASEAN region do not have fully functional public employment service agencies or unemployment insurance systems (UI). Of the ten member states of ASEAN, Thailand established the first UI scheme in 2004. As a response to the economic crises of the late 2000’s, and to cushion against the impact of future economic shocks, Viet Nam launched its own UI scheme in 2009.

Within this context, the ILO/Japan Project to Promote and Build Unemployment Insurance and Employment Services offers support to ASEAN member governments to set up instruments and institutions allowing immediate measures to guarantee income replacement to the unemployed and opportunities to re-enter the labour market.

Specifically, the project provides technical assistance to Viet Nam to improve its UI scheme. Similarly, by creating a regional knowledge and expertise platform, the project offers technical inputs to Indonesia, Malaysia and the Philippines that are planning their own UI systems. The project also seeks to raise awareness of the social partners and governments on the importance of UI and other income security programmes, as well as linkages with employment promotion. These innovative measures not only aim at addressing needs of the formal employees but also those of the informal economy workers. The project is backstopped by ILO expertise and is implemented in close collaboration with the ASEAN Secretariat. 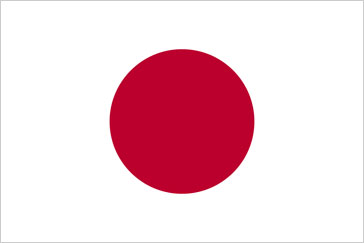 Roundtable on the Design of Unemployment Insurance Systems: Learning from ASEAN Experience

Unemployment insurance in Viet Nam, an experience to be shared