NKEYEMA - For 18-year-old Simasiku Ngenda of Nkeyema’s Kamungomba Community a mention of child labour brings to the fore harsh realities and untold miseries.

The teenager from Zambia was involved in child labour for many years, together with many other youths in the region.

According to the 2008 Labour Force Survey, the Western Province of Zambia which houses Nkeyema and Kaoma Districts ranked as the 4th in the incidence of child labour out of eight provinces, with 70 per cent of the population employed in agriculture.

Children take a large share of labour in agriculture where they work predominantly as unpaid family labour.

Simasiku Ngenda was initiated into tobacco farming in 2010 whilst pursuing Grade Five at Kamungomba Community School after his parents decided to divorce.

As a first born in the family of seven, it meant that he had to take up the role of providing for the family at a tender age.

“I was 11 years old when I started working in tobacco farms. At that time life was hard. I could do anything to provide for the family. I even herded cattle at some point to make ends meet. This happened when my father left us to marry another woman,” he recalls.

Things started to change when he was identified by the local child labour committee as someone involved in tobacco farming and eligible to benefit from ARISE, an ILO-sponsored project to reduce child labour and support education. He was withdrawn from tobacco farming to pursue a six-month training in tailoring.

However, due to the family’s difficult financial situation, members of the child labour committee had to convince Simasiku’s mother on the dangers of engaging her son in child labour.

“At first my mother did not allow me to abandon working in tobacco farms to do tailoring because I was the only one providing food and clothes for the entire family. But the team did not give up, they managed to convince both my mother and myself that child labour was dangerous,” he explains.

In the end, Simasiku Ngenda was enrolled at Kaoma Youth Resource Centre to learn tailoring.

“The instructor used to come to our community to train us. I was excited about it because I saw how well my friends who were trained were doing in the community. After the training, I decided to leave the area and look for job opportunities in Tobacco Board of Zambia trading area. I was lucky one of the shop owners asked me to join him in his small shop,” he adds.
Feeling empowered

Simasiku Ngenda was hired in 2018 and immediately started supporting the family back home.

However, since the sewing machine he was using broke down, he was unable to go on working at the shop. He had no other choice than coming home, so that he can use one of the five sewing machines owned by the child labour committee members.

Now Simasiku Ngenda hopes to gather enough money to start knitting school uniforms and supply them to nearby schools.

“I am grateful to the ILO for the support that I received. My friends who were laughing at me are now admiring me because I have skills in tailoring. I am happy also that I have been empowered with knowledge and I am able to sensitize my colleagues on the dangers of engaging in child labour,” Simasiku concludes. 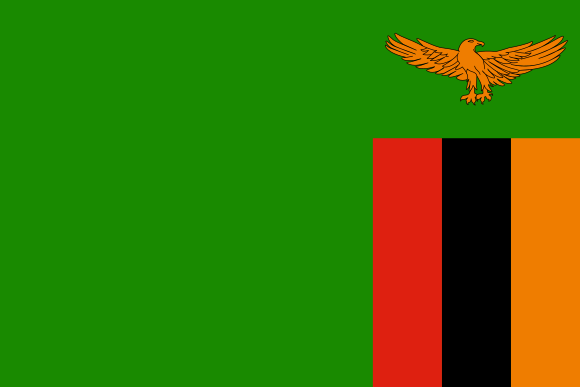