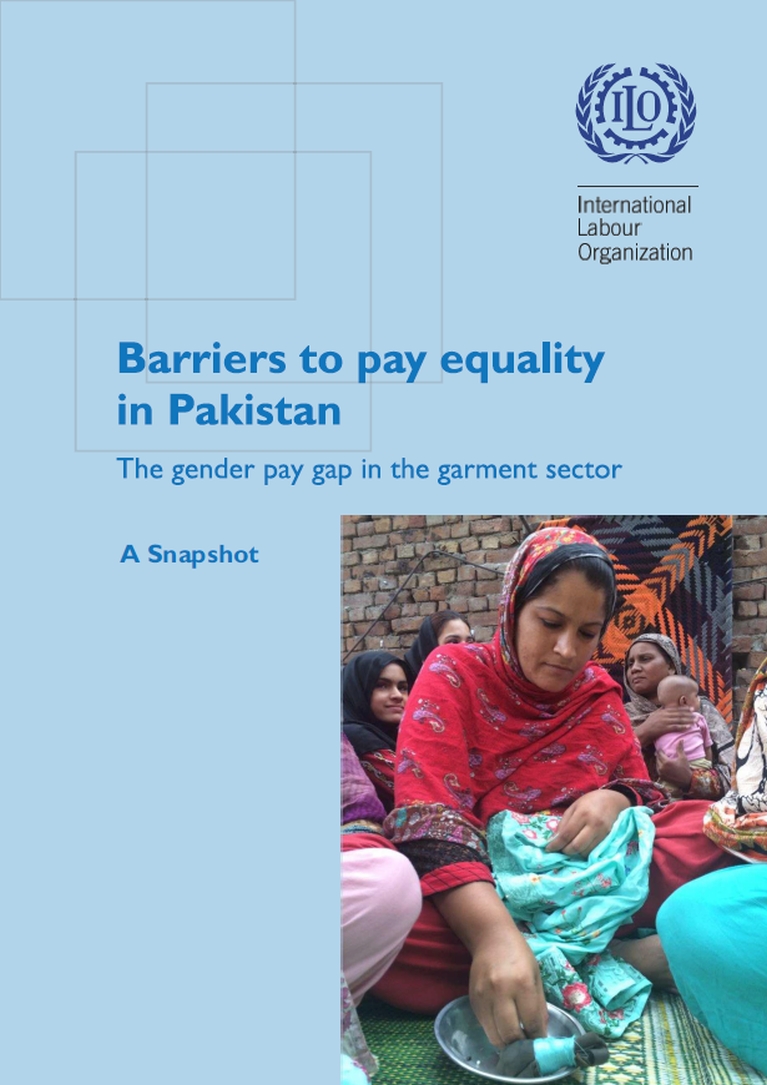 Download:
Analysis of Pakistan’s Labour Force Surveys for 2013-2014 and 2014-2015 show, even after adjustments to take into account differences in workers’ characteristics, a gender pay gap of 26 per cent across Pakistan’s workforce. However, in the garment sector, Pakistan’s largest manufacturing industry and a significant employer of women, it rises to 33 per cent. Cultural barriers and gender stereotypes valuing men as breadwinners and women as homemakers are prevalent. While this is changing in large urban centres, major obstacles to women entering the workforce persist. A major factor is the lack of safe, affordable and accessible transport facilities; these are only provided in some of the largest exporting enterprises. The lack of suitable, affordable childcare is also a major disincentive in a society that places the burden of child-rearing almost exclusively on women.