The ARC Project aims at reducing vulnerability to child labour and enhancing protection of children from exploitation in Afghanistan, Bangladesh, India, Nepal, Myanmar and Pakistan to contribute to the eradication of child labour, particularly its worst forms

Target beneficiaries
Children in child labour and their families, relevant ministries and provincial departments, employers' and workers' organizations and enterprises

The Pakistan Labour Force Survey 2017-18 reported 13.7 per cent of children aged 10-17 years as being engaged in child labour. Of them, around 5.4 per cent were involved in hazardous child labour1. The on-going Child Labour Survey in the provinces and territories will generate evidence on child labour at provincial level that can guide and support the improvement of legal and policy frameworks.

Pakistan has ratiﬁed UN Convention on the Rights of the Child, (1989), as well as the ILO Conventions on Minimum Age for Employment, No. 138 (1973), the Worst Forms of Child Labour, No. 182, (1999) and integrated elimination of child labour into National Labour Protection Framework (NLPF). Pakistan is signatory to Sustainable Development Goals and SDG 8.7 that requires member states of the UN to “Take immediate and effective measures to eradicate , end modern slavery and human traﬃcking and secure the prohibition and elimination of the worst forms of child labour, including recruitment and use of child soldiers by 2025”. The Employment of Children Act (1991) prohibits the employment of children in any occupation, establishment or hazardous processes, except for the processes, carried out alongside family as a business, or in any Government recognized (training) school. The federal laws apply in Baluchistan that has not yet enacted the relevant laws2.

The Khyber Pakhtunkhwa adopted Child Labour Policy (2018) and accompanying laws including the Prohibition of Employment of Children Act (2015) and the Free Compulsory Primary and Secondary Education Act (2017), making education free and compulsory for children aged 5 to 16 years. The Punjab Prohibition of Child Labour at Brick Kilns Act (2016), restricts employment of children (under the age of 14 years) at brick kilns and Punjab Restriction on Employment of Children Act (2016), sets 15 years as the minimum age for employment in any type of establishment and restricts the employment of adolescents (above 15 and under 18 years) in any hazardous work. Punjab Bonded Labour System (Abolition) Amendment Act (2018) increased penalties for employing bonded labourers and strengthened protection for the victims of boned labourer including children. The Punjab Domestic Workers Act (2019) sets 15 years as the minimum age for domestic work and allows 'light work' or part-time work for persons above 15 and under 18 years. The light work means an activity that does not negatively impact health, security or education of person. The law sets 18 years as the minimum age for domestic work.

Sindh and Gilgit Baltistan enacted the Prohibition of Employment of Children Act in 2017 and 2019 respectively, establish 14 years as the minimum age for employment and 18 as the minimum age for hazardous work. The Acts allow light work for adolescents aged between 14 years and under 18 years, as long as it takes place alongside a family member, for a maximum of two hours per day, for acquiring skills, in a private or government school. Azad Jammu and Kashmir Prohibition of Child Labour and Regulation of Labour at Brick Kilns Act, (2017) prohibits the employment of child (under age 14 years) at brick kilns. The Federal Government enacted the Prevention of Traﬃcking in Persons Act (2018) and set up Anti-traﬃcking units of the Federal Investigation Agency and a Child Helpline. Provincial Child Protection Units take custody of children at risk and street children and provide them with food, counselling, health care, education and recreation, and cater to their other needs.

The ARC Project is designed to help eliminate child labour, particularly its worst forms, in Asia and contributes to the achievement of Sustainable Development Goal Target 8.7. The project aims to reduce vulnerability to child labour and enhance protection of children from exploitation by achieving the following three outcomes/objectives: 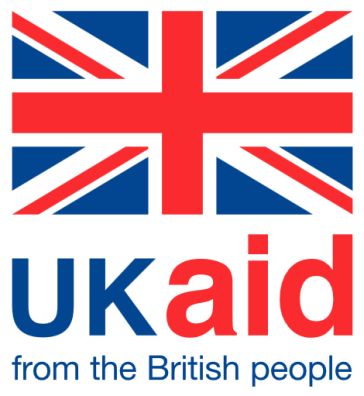