The Philippines is known in the Asia region for its vital labour inspectorate reforms advanced in recent years. With the technical support of the ILO Manila’s US DoL funded Project on “Building the Capacity of the Philippines Labour Inspectorate”, the Department of Labour and Employment (DOLE) Philippines is striving to improve its inspection system in ways that support a stronger approach on labour standards enforcement. The system of labour inspection in the Philippines aspires to attain the broad participation of social partners at the workplace, sectoral, regional and national levels.

Inspired by this progress in improving labour administration, the ILO Islamabad office under its Dutch funded project on Strengthening Labour Inspection System in Pakistan (SLISP) organized an exposure visit for Government officials from Pakistan in order to help them grasp some of the good practices in the Asia region and possibly bring back replicable lessons.

The ILO supported the participation of the following officials accompanied by two ILO officials in undertaking a three day study visit to Manila i.e. from 10th to 12th September 2018.
The exposure visit focused on the following components of the project on “Building the Capacity of the Philippines Labour Inspectorate”.

a. Advancement of regulatory and developmental strategies in labour inspection

c. Strategies that enhanced active involvement of both employer and workers’ representative in the inspection process

The participants of the exposure visit were given the opportunity to meet with the highest officials of the Department of Labour and Employment (DOLE), Employers and Workers organizations in Philippines. The delegates also found the opportunity to visit a regional/field office of DOLE where the application of a Management Information System (MIS) was demonstrated to the study group.

The participants of the study visit on completing the meetings with various stakeholders expressed their gratitude to the ILO for helping them avail this crucial learning opportunity. The participants also expressed that the ILO project in Philippines had demonstrated significant achievements in terms of institutionalizing the Labour Laws Compliance System Management Information System (LLCS-MIS) and engaging social partners in escalating the acceptance of a stronger labour inspection.

i. Any system that aspires to improve the collection and reporting of data/information meant to be used as a labour inspection [planning/organization] instrument should espouse a gradual development process with the full involvement of the clients of labour inspection.

ii. Since the data/information [of enterprises] meant to serve as a labour inspection instrument is highly sensitive, it requires that utmost confidentiality must be maintained while development and later functioning of the Labour Inspection MIS.

iii. The ToRs for the development of Labour Inspection MIS must factor in the clarity on the ownership of the system that must rest with the government/inspectorates.

Since 2014, the Government of Pakistan has embarked upon an ambitious plan to reform the Labour Administration system leading to the following results todate: 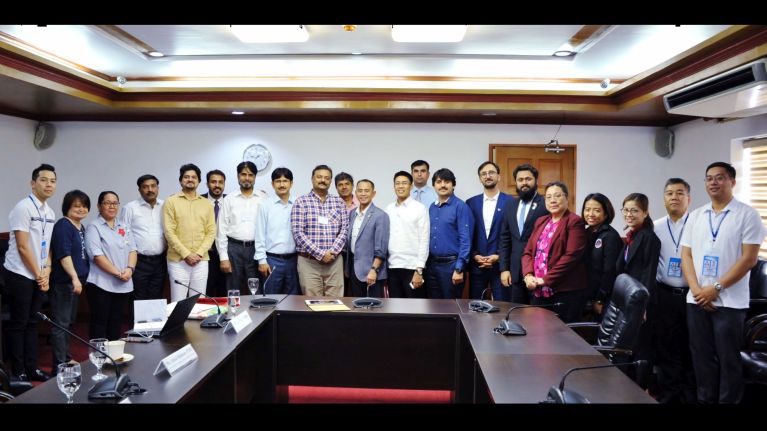