Thousands of migrant workers leave the Philippines every day in search of better opportunities abroad. The lives of Overseas Filipino Workers including their triumphs and struggles put a human face on fair recruitment and labour migration stories. Journalists play a key role in promoting and protecting the rights of migrant workers.

The ILO’s Integrated Programme on Fair Recruitment (FAIR) in partnership with the National Union of Journalists of the Philippines conducted a Fair Media Training. The initial phase started in August 2017 and will run until the end of the year. The training aims to equip professional journalists with tools of right-based reporting on labour migration, and to support them in producing balanced reports that tell all sides of the story while at the same time following ethical standards. The training also encouraged the participants to engage other journalists in mainstreaming the ILO Operational Principles and General Guidelines on Fair Recruitment through accurate investigation and reporting on related issues.

“Humanity should be above the situation when reporting on labour migration and fair recruitment. We have to respect the request to protect migrant workers for fear of losing their jobs or their lives. We have to balance perspective and avoid sensationalism. There should always be two sides of the story,” said Ms Maxxy Santiago of ABS-CBN Global, a resource speaker in the initial training.

Mr Charles Autheman, Media and Migration Expert highlighted the use of appropriate terminology as a good start to promoting human rights. “Domestic worker is different from domestic helper or maid because it underscores that the individual is a worker with labour rights. Using illegal migrants instead of irregular migrants adds to the misfortune and stigma. On forced labour or human trafficking, we should be careful in systematically using the word victim. In some situations, calling people survivors will emphasize the fact they are in a rebuilding process,” explained Mr Autheman.

Seasoned media professionals, government and trade union representatives as well as ILO officials served as resource persons for the workshop, and a rights-based approach to reporting was at the heart of the workshop. A resource person from the ABS-CBN Middle East/Arab Times highlighted that journalists should always respect the subjects of their reporting and protect their identity as many of them fear losing their employment or worse. An official from the Philippine Overseas Employment Administration (POEA) introduced the participants to the complex system behind recruitment and labour migration from accreditation, worker documentation to deployment, which should guide them in their fact-based reporting. Mr. Autheman, one of the driving forces behind the Media-friendly Glossary on Migration, introduced the art of story production related to labour migration to the interested journalists. A key takeaway of Charles’ workshop session, one of the journalist recalled, was the ability to better gauge what stories need more attention and what stories have exhaustively been reported on.

Ms Patty Pasion, a journalist working for Rappler said that the training helped her “at the most basic level – to understand the whole world of migration”. She can now quickly apply this new knowledge when tasked with different reporting assignment, including the launch of a new international study on migration shortly after the training.

As a young journalist, Kathyrine Cortez, News Editor of One Radio News FM said “I often questioned the poor documentation and reporting on labour migration in many areas of Mindanao and its connection to poverty. The training did not change my personal and professional views on labour migration … [however] it made me more curious on how Filipinos became the main source of manpower ….” Equipped with new terminology and inspiration, she is currently preparing a radio segment on minority groups in Mindanao and their aspiration to become domestic workers to escape poverty and provide for their families. She now feels better prepared to approach stories in a sensitive manner, rendering the final product a higher degree of professionalism.

The journalists will continue to expand their skills through a follow-up program of coaching, support to develop stories, and the publication of an anthology of stories.

National discourse regarding labour migration is usually dominated by two themes: numbers and emotions. However, as this workshop stressed, newsmakers and journalists have a particular responsibility when reporting on this issue as inaccurate, biased media reporting can lead to misinformation, and at worst, may be an instigator for discrimination, xenophobia and unfair treatment.

On the other hand, well informed media professionals can play an important role in information dissemination to provide prospective, current and returned migrant workers and their families with proper information which may raise their awareness on rights and resources, especially during the recruitment process. 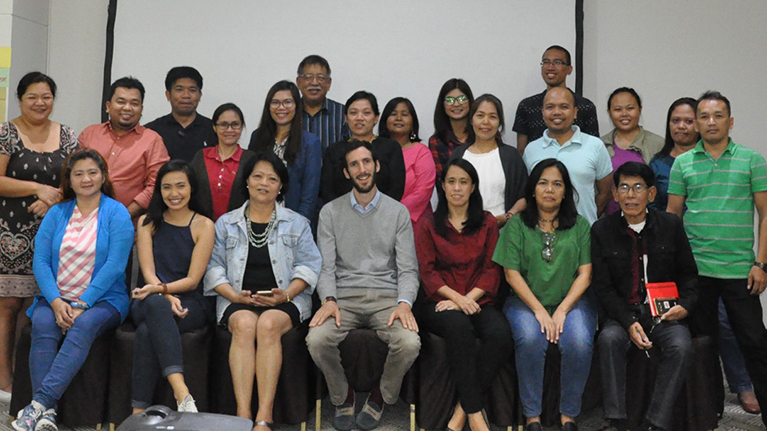