Siberian Coal Energy Company (SUEK) is the largest coal mining company in the Russian Federation. The company has around 33,500 employees, plus a large number of contractual workers.

SUEK is the first private company in Russia that joined the ILO global initiative on Voluntary Confidential, Counselling and HIV Testing for workers (VCT@WORK). Making a modest beginning in 2015, SUEK expanded its VCT@WORK Initiative in coal and surface mines in all seven territories in partnership with the territorial AIDS Centers and the ILO.


Salient features of the strategy

An orientation and work-planning meeting on VCT@WORK was organized in March 2015 by the SUEK and ILO involving the Health care units of the company. Key elements of the strategy adopted in the meeting were:

a) Engage management and trade union leaders for mobilizing workers to seek HIV information and access voluntary HIV counselling and testing.
b) Broadcast pilot VCT@WORK events organized in selected sites to each of the seven territories in order to motivate them to be part of the Initiative.
c) Partner with the territorial AIDS Centers from the planning stage and engage them in video conferences. Territorial AIDS Center provided trainings on HIV to the health staff of the mines and youth leaders, focusing on advantages of early testing, and provided testing services through their teams.
d) Cover contractual workers and their families working around the mining sites as part of the company’s policy.

Information events with the territorial tripartite constituents (ministries of labour, territorial employers and trade unions federations) were also organized to help with the smooth implementation of the Initiative.
SUEK’s work on HIV and AIDS has been recognized at several important events. In October 2015, Dr. Anna Popova, Chief State Sanitary Physician presented the company’s work on HIV and AIDS at a special session on HIV and AIDS chaired by the Prime Minister Mr. Dmitry Medvedev. In April 2016, company’s approach to VCT@WORK was presented during the National Occupational Safety and Health Week in Sochi at a Round table on the “Role of the workplaces in the HIV prevention in Russia” organized by the ILO and Ministry of Labour and Social Protection. In April 2017, SUEK received a letter of appreciation for the HIV workplace activities from the Minister of Health of Russia.

Between mid of 2015 and December 2016:
- Over 20,000 workers and contractual workers received basic information on HIV and AIDS and learnt about the benefits of early HIV testing.
- Over 2,000 workers and contractual workers accessed HIV counselling and testing. Seven tested positive and were referred to access anti-retroviral treatment at government’s health centres.
- 12 management and three trade unions leaders of the SUEK sites participated in the VCT@WORK Initiative and took the HIV test.
- SUEK developed strong partnerships with respective territorial AIDS Centers in seven territories of its presence.

1. SUEK enterprises’ management commitment, reflected through participation in the VCT@WORK events played an important role in the success of the Initiative.
2. Public private partnerships works well when solutions are explored together. SUEK purchased testing kits as territorial AIDS Centers were short of kits. This shows that test kits can easily be purchased by the companies and territorial AIDS centers can offer testing and counselling through their staff.
3. Round tables at the start-up sites with representatives of the management and unions played an important role.
4. Group pre-testing counselling with individual post-test counselling enables to shorten the time spent on the VCT procedure.
5. Acknowledgement of the SUEK’s work on HIV and AIDS at national platforms encouraged other employers in Russian Federation to develop their response to HIV and AIDS. 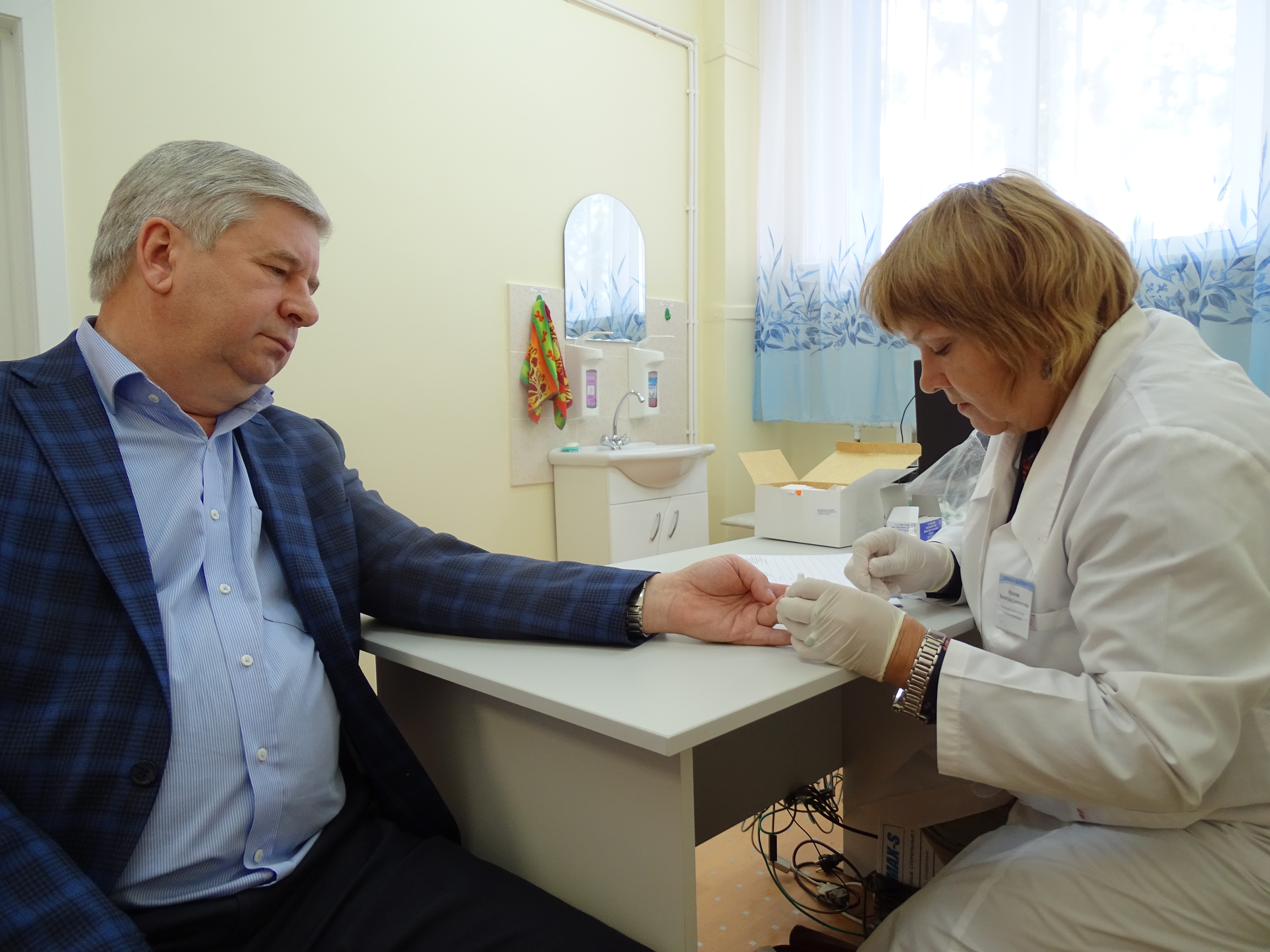