In April 2017, the International Labour Organization, with support from the Flanders, started a programme on “Scaling up Voluntary Counselling and Testing VCT@ Work in Mozambique”. The Programme aimed at addressing the underlying causes of low testing uptake among young people, targeting specifically young women and men workers in the formal and informal economy. The intervention also aims at contributing to the reduction of new HIV infections among young women and men workers in Mozambique, in line with the National Strategic Plan on HIV and AIDS 2015-2020.

IThe ILO is using the existing local networks composed by unions, employers’ organization represented by ECOSIDA, and informal sector associations to mobilize the young workers and provide VCT health services in the formal and informal sectors. The trade unions’ youth centers are mobilized to create the demand for testing.

To reach young women and men in the informal economy, ILO is strengthening its partnership with specific community based organizations representing the informal workers: the informal workers association (ASSOTSI), the Associação Avante mulher (women living with AIDS Association), the Community Development Centre, Associação Cooperativa Wassala, AMODEFA, are among the partners. This partnership has provided to the ILO an entry point to communities and local representation platforms.

A multi disease testing approach is being used to take HIV out of isolation and to promote a broader wellness approach to testing. In addition to tests for HIV, tests for TB, blood pressure and blood glucose are being offered.

The employers’ organization through the Mozambique Business Coalition Against AIDS, workers organization and the Informal Sector Association provided health and HIV related services (multi disease testing, provision of condoms, dissemination of information on HIV prevention, testing, referral, treatment, gender based violence and sexual and reproductive health and rights) to their members from April 2017 to June 2019.

Peer educators and enterprise HIV focal points were empowered to implement multi-disease testing, promotion of gender equality, male engagement and human rights at workplace in Maputo, Gaza, Sofala and Tete provinces. 25 health events and 25 mobile testing clinics were carried out by employers and workers with ILO technical and financial support.

Key partners and their role: 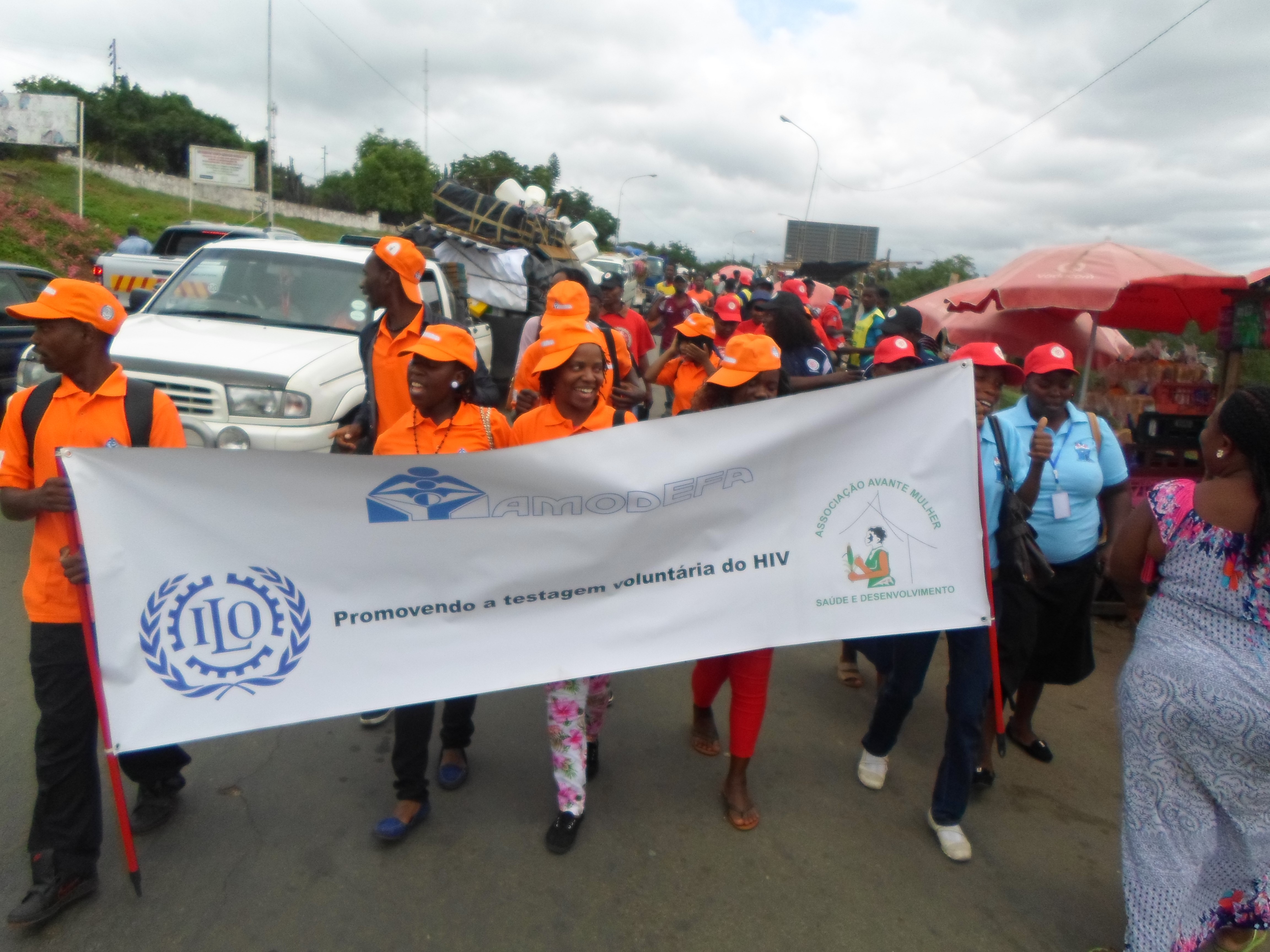