On 24 April 2013, the collapse of the Rana Plaza building in Dhaka, Bangladesh, which housed five garment factories, killed at least 1,132 people and injured more than 2,500. Only five months earlier, at least 112 workers had lost their lives in another tragic accident, trapped inside the burning Tazreen Fashions factory on the outskirts of Dhaka.

These disasters, among the worst industrial accidents on record, awoke the world to the poor labour conditions faced by workers in the ready-made garment sector in Bangladesh.
For some of the lowest wages of the world, millions of people, most of them girls and women, are exposed every day to an unsafe work environment with a high incidence of work-related accidents and deaths, as well as occupational diseases. Most of the factories do not meet standards required by building and construction legislation. As a result, deaths from fire incidents and building collapses are frequent.

Since the Rana Plaza disaster, no fewer than 109 accidents have occurred. Among these, at least 35 were textile factory incidents in which 491 workers were injured and 27 lost their lives. In the absence of a well-functioning labour inspection system and of appropriate enforcement mechanisms, decent work and life in dignity are still far from reality for the vast majority of workers in the garment industry and their families.

Given the hazardous working conditions and the high risk of exposure to employment injury in this sector, the provision of adequate benefits is of critical importance in compensating injured workers for the loss of earnings they are likely to suffer, and to ensure that they have access to the medical and associated care required by their condition.

Access to some form of financial compensation or support for dependent family members who lose their breadwinner can also make the difference between life in dire poverty, where children and older people are forced to work to survive, and life at or just above subsistence level. At present, the only form of financial protection available to workers and their dependants is set out in the labour code, which requires employers, when liable, to provide specified payments to injured workers or survivors.

A recent amendment to the labour code requires employers to insure themselves against liability, but no such obligation was in force at the time Tazreen caught fire, or when Rana Plaza collapsed. The amounts of compensation envisaged are also very low and take the form of lump sums, offering inadequate protection to beneficiaries against ill health and poverty in the medium and long term. The system is also plagued by major practical application issues (e.g. evasion, lack of proper enforcement, absence of effective recourse), with the result that legal entitlements very rarely materialize.

Despite the magnitude of the losses suffered by the victims of the Tazreen and Rana Plaza accidents and their survivors, no compensation was paid in application of the labour code provisions on employer liability. A small number of global buyers and local players made some payments to victims in the months following the disasters, albeit on a voluntary basis.

To redress the situation more substantively and ensure that injured workers and dependants of the deceased were effectively compensated, both financially and in respect of medical and other relevant care, global and local stakeholders got together and agreed to an unprecedented coordinated framework. With the ILO acting as a neutral chair, an Arrangement was adopted, providing a single approach to compensation consistent with ILO standards, and more specifically with the Employment Injury Benefits Convention, 1964 (No. 121).

The bridging solution for social security in case of employment injury

Following a number of recent tragedies such as the Tampoco and MultiFabs factory fires in 2016 and 2017, as well as earlier accidents such as the Tazreen fire and the Rana Plaza disaster, local authorities and stakeholders at the national and international levels, with the involvement of organizations such as the IndustriAll Global Union and Clean Clothes Campaign, took bold steps to strengthen occupational safety and health, labour inspection services, skills training and rehabilitation services in the long term, notably with the support of the ILO and of global buyers.

With the active support of the ILO, action has also been taken to implement a national employment injury scheme in Bangladesh based on the principles of Convention No. 121 and a mutual consensus on the core elements of the scheme. The operationalization of an Employment Injury Insurance (EII) scheme will inevitably take time, possibly two to three years at best. Until an EII scheme becomes operational and capable of collecting contributions and paying benefits, it is crucial that in case of another large-scale industrial accident such as the Rana Plaza collapse or the Tazreen building fire, a proper bridging solution be in place to provide for appropriate health care and compensation to the victims in an efficient and diligent manner and on a temporary basis.

Following series of consultations and ground work on legal framework, costing and bridging solution, a consultation meeting was conducted in Geneva in November 2017. The State Minister, Ministry of Labour and Employment (MoLE) was the Chief Guest, and the Secretary in Charge, MoLE was the Chair.
In that meeting, the forum came up with a suggestion that a tripartite policy level committee on EII may further analyse the ground works done by the ILO and decide future steps for introducing an Employment Injury Insurance in Bangladesh.

In late November 2017, in the Project Advisory Committee (PAC) meeting, this proposal was endorsed and a notice issued to established a tripartite committee on EII. The committee is chaired by the Addtional Secretary, MoLE, and represented by Bangladesh Employers' Federation (BEF), Bangladesh Garment Manufacturers and Exporters Association (BGMEA), Bangladesh Knitwear Manufacturers and Exporters Association (BKMEA), National Coordination Committee for Workers' Education (NCCWE) and IndustriALL Bangladesh Council (IBC).
The first meeting of the committee has taken place in May 2018. The committee will come up with recommendations within two months from this first meeting which will be around July 2018.

The ILO Technical Recommendations on the Feasibility Assessment of an Employment Injury Insurance Scheme in Bangladesh consolidates the outcomes of extensive public consultations held between 2015 and 2017 on a draft legal framework and a financial assessment prepared by the ILO on the basis of Convention No. 121.  It takes also into consideration the discussions held within the High-Level National EII Tripartite Committee, including the official submissions made by the social partners following the meeting in July 2018. The report lays foundation for furthering national dialogues to establish a national EII scheme to cover all workers in Bangladesh, by starting with the ready-made garment sector in the first phase of implementation. 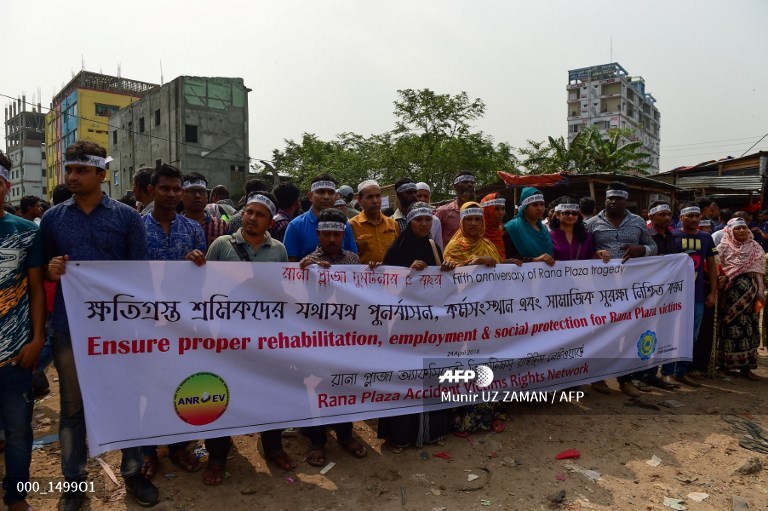 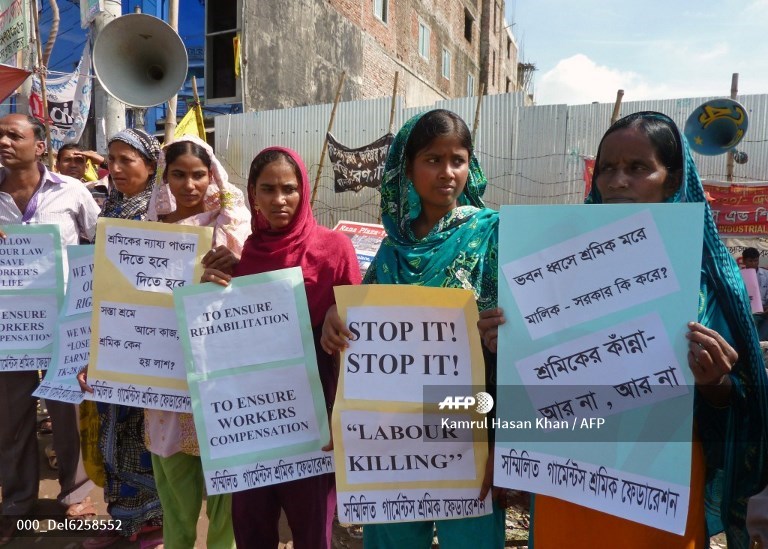