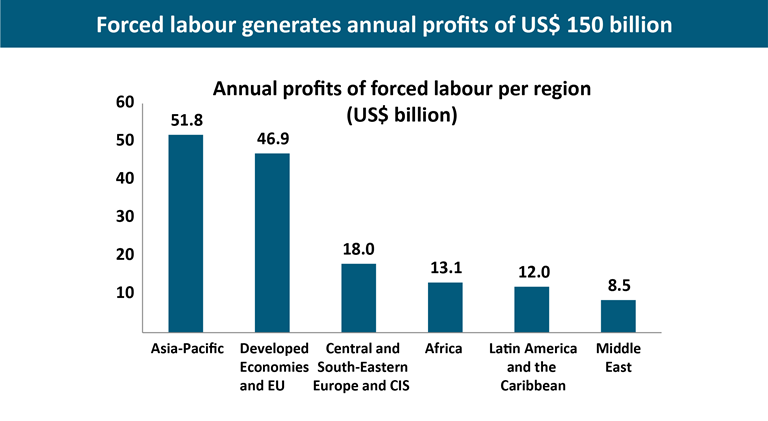 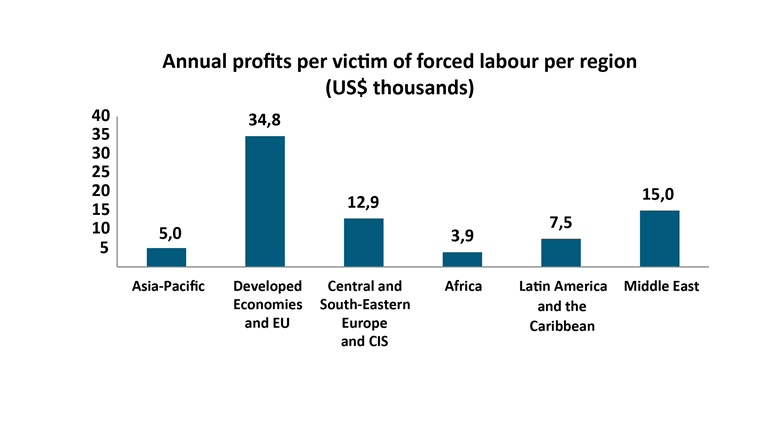 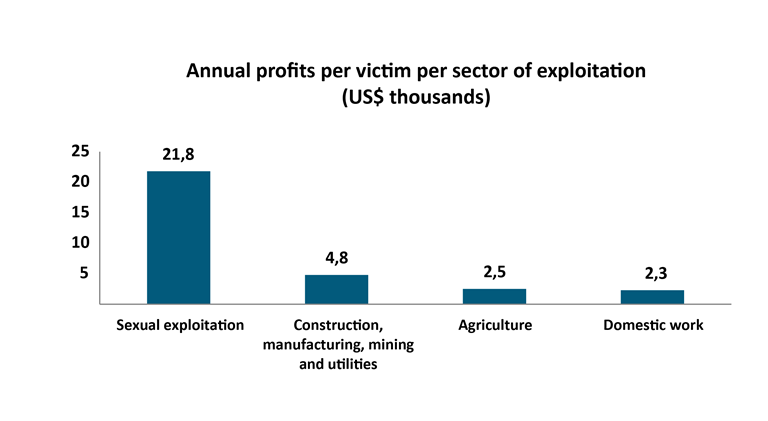 Per capita profits are highest in forced sexual exploitation, which can be explained by the demand for such services and the prices clients are willing to pay, by low capital investments and by the low operating costs associated with this activity.