On 17 January 2019, the Russian Federation deposited the instrument of ratification of the Protocol of 2014 to the Forced Labour Convention, 1930, with the Director General of the ILO, thereby becoming the twenty-eighth country worldwide to ratify the Protocol.

Through this ratification, the Russian Federation has made a formal commitment to apply this international instrument, which gives new impetus to action against all forms of forced labour, including trafficking in persons. It requires States to adopt effective measures to prevent forced labour and to provide victims with protection and access to effective remedies, including compensation.

It requires States to adopt effective measures to prevent all forms of forced labour, and to protect victims and ensure their access to remedies and compensation. The ILO estimates that 24.9 million people are victims of forced labour around the world generating some US$150 billion a year in illicit profits. Several economic sectors are affected, including agriculture, domestic work, construction, industry and mining.

On depositing the instrument of ratification, H.E.Ambassador Gennady Gatilov, Permanent Representative of the Russian Federation to the UN Office and other International Organizations in Geneva, said: “This ratification reflects the importance Russia attaches to the implementation of one of the key ILO documents aimed at the eradication of forced labour worldwide. It is of special meaning in the year the ILO celebrates its 100th Anniversary, as the Protocol is part of the Centenary focus launched by the International Labour Office.The Russian Federation is a Party to all 8 fundamental Conventions of the ILO. It has recently ratified a number of other important ILO Conventions demonstrating its commitment to international labour standards. Russia is constantly developing its legislation on labour, employment and social security, strengthening social dialogue, and sharing its experience with other States.”

On receiving the instrument of ratification of the Protocol, ILO Director-General Guy Ryder, stated: “I am pleased to receive this instrument of ratification, which bears witness to the commitment of the Russian Federation to combat forced labour. This ratification is all the more important since the ILO’s global estimates show the urgency of adopting immediate and effective measures to eradicate forced labour and trafficking. This is also a crucial step towards the achievement of decent work and the delivering of the UN Sustainable Development Goals at the country-level. This ratification also reflects a significant contribution from the Russian Federation to mark the ILO’s Centenary.” 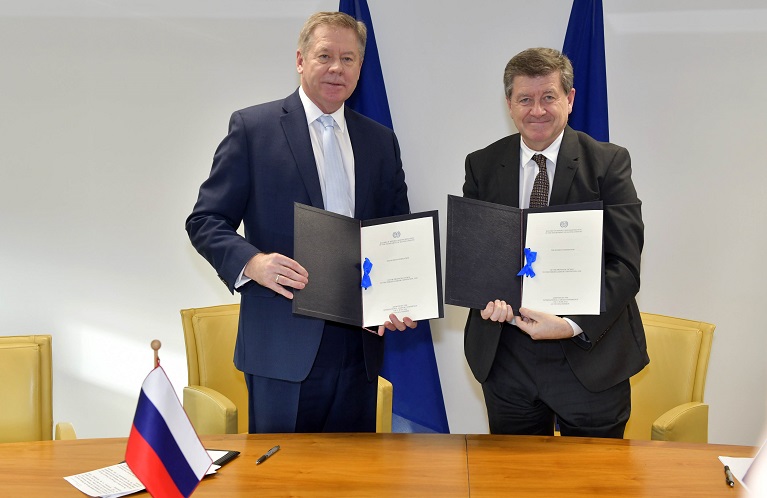