On 6 November 2017, Namibia deposited the instrument of ratification of the Protocol of 2014 to the Forced Labour Convention, 1930, with the Director-General of the International Labour Organization (ILO), thereby becoming the 21st country to ratify the instrument. The Protocol, adopted by an overwhelming majority by the International Labour Conference in 2014, reinforces the international legal framework for combating all forms of forced labour, including debt bondage, forced domestic labour and trafficking in persons, and calls on ratifying States to take measures to prevent forced labour, protect victims and ensure their access to remedies and compensation.

On depositing the instrument of ratification, Mr Erkki Nghimtina, Minister of Labour, said: “Forced labour was pervasive under colonial rule and denied many Namibians their human dignity. Shedding the yoke of this oppressive past, Namibia entrenched in its Constitution the prohibition of slavery and forced labour and the country collectively continues the fight against this evil. Immediately after becoming independent, Namibia ratified the Forced Labour Convention, 1930 (No. 29) and the Abolition of Forced Labour Convention, 1957 (No. 105). Ratifying the Protocol of 2014 to the Forced Labour Convention of 1930, is a natural continuation of Namibia’s obligation to combat any form of forced labour. Humanity must be served with humility, free from any kind of forced action or coercion in order to build the World We Want."

Receiving the instrument of ratification, Guy Ryder, Director-General of the International Labour Organization, said:
“I am pleased to receive this instrument of ratification, which bears witness to the commitment of Namibia to combat forced labour. This ratification comes soon after the publication of the global estimates of modern slavery, which show the urgency of adopting immediate and effective measures to eradicate this crime. Namibia’s commitment marks one more step towards the objective of 50 ratifications of the Protocol by the end of 2018, as promoted by the “50forfreedom” campaign.”

At the national level, Namibia has continued to reinforce its legislation and institutions to combat trafficking in persons, particularly through the adoption of the the Child Care and Protection Act No. 3 of 2015, which criminalizes trafficking in children for both labour and sexual exploitation and provides for protective measures for victims. Namibia is also in the process of passing the Bill on Combating Trafficking in Persons, a stand-alone law on trafficking in persons which not only criminalizes the offence, but also makes provision for the protection of victims and coordination of victim support services. Moreover, the Government is in the process of implementing the National Plan of Action on Gender-based Violence, which contains an anti-trafficking strategy. 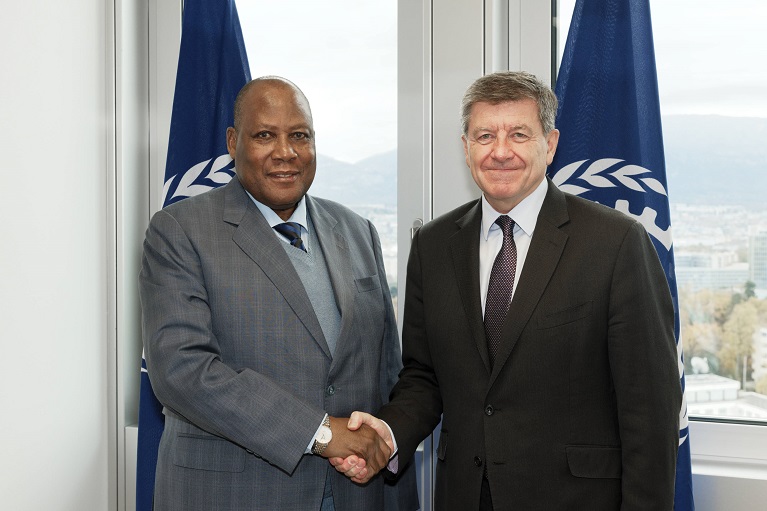