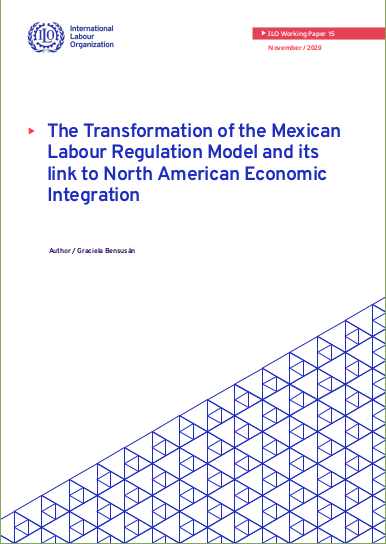 Read online The Transformation of the Mexican Labour Regulation Model and its link to North American Economic Integration
Download:
This working paper analyses the transformations of the Mexican labour regulation model in its different phases. The first phase is selective inclusion of waged workers among the beneficiaries of the development driven by the internal market. The second phase includes the deactivation of labour protections in the wake of successive economic crises and the move towards a growth model based on exports in the framework of the North American Free Trade Agreement (NAFTA). The third phase begins with the deep institutional reforms linked to renewed trade negotiations with the United States. Finally, the paper presents the genesis and characteristics of the new labour regulation model, which is based on the 2017 constitutional reforms and the 2019 Federal Labour Law, and examines the impact that these developments have had on workers. The paper has at its core the linkages between the Mexican labour regulation model and trade liberalization.