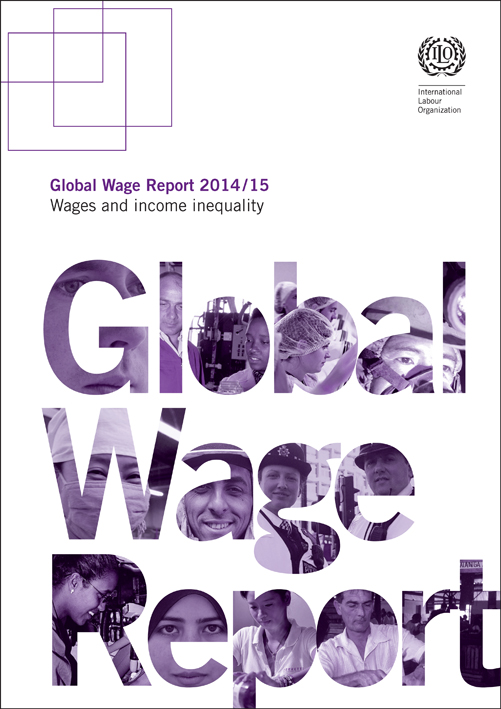 Download:
The 2014/15 edition examines the link between wages and inequality at the household level. It shows that wages constitute the largest single source of income for households with at least one member of working age in most countries and points to changes in wages and paid employment as key factors underlying recent trends in inequality. The report also considers wage gaps between certain groups, such as those between women and men, migrants and nationals, and workers in the informal and formal economy.

Inequality can be addressed through policies that affect wage distribution directly or indirectly, as well as through fiscal redistribution. However, increasing inequality in the labour market places a heavier burden on efforts to reduce inequality through taxes and transfers. The report thus emphasizes the need for combined policy action that includes minimum wages, strengthened collective bargaining, interventions to eliminate wage gaps, the promotion of paid employment and redistribution through taxes and transfers.